US court indicts vaccines with mercury for autism 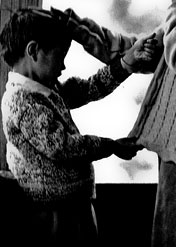 finally, Hannah Poling got justice. A federal court in the us recently asked authorities to compensate the Georgia girl who became autistic after getting vaccine shots in 2002. She was 18 months old then. Many hope the ruling will also influence nearly 5,000 similar cases at the National Vaccine Injury Compensation Program in the country.

Among the many theories on what causes autism, the use of mercury in childhood vaccines is prominent. Thimerosal, a widely used vaccine preservative, contains mercury. Parents of autistic children have linked vaccines containing thimerosal to autism. Though the court has upheld this link, the us Health Resources and Services Administration still denies it. Officials will be presenting their views on the connection before the special court during its Omnibus Autism Proceeding (oap) in May 2008.

The court is looking into the three major theories on autism. In June 2007, it took up the first theory which says thimerosal in the measles mumps and rubella vaccine (mmr) causes autism. The verdict is pending.

On Poling's case, the court said the vaccinations worsened an underlying mitochondrial disorder in her which made the girl susceptible to autism. In autistic children the disorder is not inherited--as is generally the case. Medicines and other toxins can trigger such sporadic cases. For example, use of some aids drugs cause the disorders by causing mutations in the dna of the mitochondria. Though there are not many studies to prove this, many believe thimerosal, mercury in fish, air pollution, pesticides and viruses cause the disorder.

Two of the vaccines that Poling got had mercury. The metal has not been present in paediatric vaccines in the us after the government restricted its use in vaccines in 1999. However, vaccines against flu continue to use mercury and children in the us get a flu vaccine each year till they turn 18. Even pregnant women get the flu shots. On March 7, the advocacy group, National Autism Association, demanded a recall of mercury-containing vaccines. It asked the health agencies to learn from Poling's example. "It's time to get poison, including mercury and aluminum, out of our vaccine supply and to save the children," said Wendy Fournier, president of the association.

Vaccines in India also contain mercury (see 'Heavy metal', Down To Earth, April 15, 2006). "Linking autism to the vaccine is difficult in India because nobody monitors the adverse effects of vaccines here," says Ajay Gambhir of the Indian Medical Association, a representative forum of doctors.

The National Technical Advisory Group on Immunization under the Union Ministry of Health and Family Welfare took up the issue in July 2007. The body asked the drug controller general to expedite the review on fixing a minimum level for the use of thimerosal in vaccines. The Central Research Institute in Kasauli in Himachal Pradesh, which has undertaken the work, is yet to reach a conclusion.