Report on endosulfan raises more questions than it answers 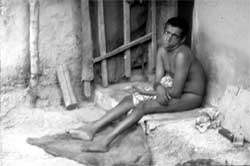 "there is no evidence to implicate or exonerate endosulfan as (the) causative factor of the health problems."

It is on this inconclusive note that the Achyuthan committee has summed up its report. The panel had been set up by the Kerala government to analyse the health and environmental effects of aerial spraying of endosulfan in the cashew plantations of Kasaragod district.

For over 20 years, people in several districts of Kerala where this pesticide was used have been suffering from cerebral palsy and other disorders of the central nervous system, congenital neurological problems, deformities, cancer and reproductive complications (see Down To Earth , Vol 9, No 19, February 28, 2001).

The four-member committee, headed by environmentalist A Achyuthan, did not collect or analyse human and environmental samples for assessing residue levels. Instead, it reviewed existing literature on the toxicity of endosulfan and received depositions from interest groups. Not surprisingly, there are holes in the committee's deductions (see box: Peppered with inconsistencies ).

Environmental groups have criticised the report for its ambivalence. Y S Mohankumar of Perla, who first unravelled the link between endosulfan and the mysterious afflictions that struck people living in areas under the Plantation Corporation of Kerala (pck), considers it "a good scientific report". But several of his colleagues at the Endosulfan Spray Protest Action Committee (espc) in Padre have exposed technical and perceptual shortcomings in the findings.

After having analysed the information available, the Achyuthan committee has laid the blame squarely on pck . It has also surmised that the tests conducted by the Centre for Science and Environment (cse) have yielded "unbelievably high" values of pesticide residues. cse had conducted laboratory tests on samples collected from Padre village under the guidance of Padma S Vankar of the Indian Institute of Technology, Kanpur. "The committee has discredited the cse data on the strength of others' observations and not on technical grounds as claimed," points out activist R Sridhar.

"The report mainly relies on others' findings," concurs Vankar and adds: "On the one hand the panel agrees with the fact that endosulfan has a hormone-disrupting effect on animals and the possibility of the pesticide affecting human beings cannot be ruled out, on the other it takes an inconclusive stand just as any government committee would."

After analysing the depositions, the panel has recommended banning of aerial spraying in the cashew plantations of pck in Kasaragod district (the state government had already suspended the usage of endosulfan). It has suggested a freeze on the use of endosulfan in the region for five years and urged the government to provide medical care to the victims as most of them are "from the poorer sections of the community".