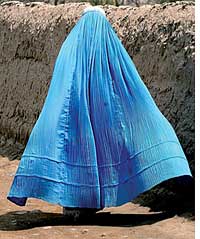 Breaking one of his country's taboos, Afghan filmmaker Abdul Rashid Azimi has made Akse Yadgari (The Keepsake Photo), a movie about rape, a prevalent wartime crime. The film premiered in the second week of January in the western Afghan city of Herat, where it was shot. It tells the story of a teenage girl Nargis who is raped by a group of armed men. The men are never caught.

According to the web news magazine Radio Free Europe, most people who attended the screening were moved. As one audience member put it: "It was a brave initiative to tackle one of the most painful issues in this country."

Azimi hopes his movie will help change the Afghan society's prejudice towards rape victims. As things now stand, he notes, people's attitudes further punish the victims, while those who commit the crimes usually walk free.