A virus is being used to cull the rabbit population in Australia. But will it affect other animals and spoil the ecosystem? 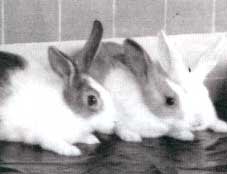 A serious debate has been going on since 1995 among virologists and wildlife biologists whether the rabbit calicivirus (RCV), which causes blood to clot in the lungs, heart and kidneys of the rabbits, and results in their death is acceptable as an efficient way for getting rid of the rabbit menace (New Scientist, Vol 153, No 2070).

The debate started soon after the Australian government scientists deliberately released RCV from Wardang Island of the South Australian coast in October 1995 on the mainland where rabbits are regarded as the lowest vermin.

The European rabbit (Oryctolagus cuniculus) originated in Spain. In 1859, rabbits were brought to Australia, where, with few competitors or predators, they colonised the country at a rate of between 20 and 100 kilometres a year, the fastest known for an mammal other than humans. According to a 1995 study for the International Wool Secretariat, an industry group based in Melbourne, rabbits cost the country about Australian $600 million per year in lost agricultural production.

Rabbits have played havoc with Australia's indigenous wildlife. Their burrows contribute to soil erosion and they eat growing shoots, preventing many plants and trees from regenerating. Birds, insects and animals that depend on this vegetation for food and shelter, die. For example, the bilby or rabbit-eared bandicoot, which is classified by the World Conservation Union as a 'vulnerable' mammal species, now survives only in rabbit-free pockets of land.

When RCV escaped to the mainland from Wardang Island, to many it seemed a godsend. The Australian authorities seized the moment and after analysing the safety implications, followed up with deliberate releases of the virus from 327 sites across Australia.

In fact New Zealand's ministry of agriculture began public consultations on whether to import the virus. But many scientists, particularly in Europe and North America, oppose the control strategy and have voiced their disagreement. "We just don't know enough about this virus. They should hold back until we know more. Once you've let it out you can't bolt the door," says clinical virologist David Cubitt of Great Ormond Street Hospital in London.

Cubitt and others fear that in desperation to rid their country of a plague, Australian virologists and wildlife biologists have thrown caution to the winds and released a virus that may prove deadly to Australia's native wildlife.

The demise of rabbits has "devastated the ecology in Europe", says Diana Bell, head of the rabbit research group at the University of East Anglia in Norwich. In Spain, where wild rabbits are the staple prey of at least 29 predators, RCV has halved the rabbit population, which is an important food source, says Rafael Villafuerte of Donana Biological Research Station, in Seville. And there's great concern, he says, that the threatened Iberian Lynx and Spanish Imperial eagle, animals that are far more dependent on rabbits, are also suffering. In the worst hit parts of Britain, polecats and wildcats, which eat rabbit, as well as creatures like the stone curlew, and butterflies that flourish on short-cropped grass may also be adversely affected, says Roger Trout, a rabbit expert and private consultant based in Farnham, Surrey. Bell says she recognises that Australia must tackle its considerable rabbit problem, but she questions the wisdom of using a still mysterious virus to do the job.

Rabbit and others say that to justify releasing the virus in the first place, the Australian government should have first obtained clear proof that it infects just one species, the rabbit.

Researchers claim to have done just that. Between 1991 and 1996, they exposed 31 species of native and domestic animal to the virus. Samples from two New Zealand species that had been exposed to the virus were sent to the Australian Animal Health Laboratory (AAHL) for analysis. The researchers measured the amount of anti- bodies and virus in the blood and organs of these animals. They also looked for any signs of sickness. According to the researchers, these tests showed that the virus did not replicate or cause disease in any test animal.

Alvin Smith of the College of Veterinary Medicine at Oregon State University, argues that the doses of the virus used were too low and they were administered incorrectly. The AAHL scientists are equally as adamant that the tests were adequate. "The dose was chosen as sufficiently large to present a realistic challenge," says Harvey West- bury, who oversaw the studies. Each animal was injected in its muscles with a dose of virus 1,000 times the amount that would kill 50 per cent of rabbits.

Over the next four years, the Agriculture and Resource Management Council of Australia and New Zealand plans to solve some of the great unknowns about RCV release and the Australian environment. It will monitor RCV's impact on wild populations of introduced animals as well as native animals such as bandicoots, wallabies and native mice, in areas around Australia. It will be at least a year before the Council will know for certain how animal populations are changing, longer for hard data on changes in vegetation, says Mary Bomford, the biologist who is coordinating the monitoring programme.

The only point on which almost all experts agree, is that Australia's rabbits will develop some resistance to RCV. Brian Cooke, an ecologist, says that the population which may have already been reduced from 200 or 300 million animals to 100 million could recover. "It will give us some breathing space," he adds. Others say that only if the Australian government supports additional rabbit control measures, such as fumigating and ripping up burrows, while populations are at their most vulnerable, can this menace be contained.