Virus-resistant maize in the making 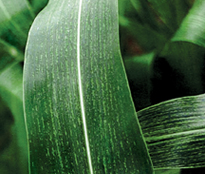 South African crop scientists have come up with a new genetically modified (gm) maize variety that is resistant to maize streak virus (msv). Field trials of the crop are scheduled to begin soon.

The finding was announced on July 8, 2007, at the annual meeting of the American Society of Plant Biologists in Chicago, usa. Scientists from the University of Cape Town and the South African seed company Pannar developed the new variety, which they claimed showed resistance to the virus in successive plant generations and in crosses with other varieties. msv retards the growth of infected plants and causes them to grow deformed cobs, decreasing the amount of grain that can be harvested. The virus is endemic to sub-Saharan Africa and the Indian Ocean islands.

But experts say msv will have to be taken through field trials before its resistance is fully proven. A risk assessment of the plant also has to be done to check its impact on other organisms and the environment. Researchers said it would take around five years for the plant to come out as a commercial product. Dionne Shepherd, who led the research, said the main issue would be the cost of the crop, and whether it will be out of the purchasing power of the poor farmers who need it the most.