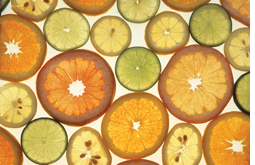 in a new application for disease-fighting vitamin c, scientists have used it to assemble fibre bundles of gold, silver and platinum nanoparticles. Such bundles are used in new-age medicine to produce sensors for disease detection, enhancement of optical imaging and even manufacture of cheaper and pollution-checking catalytic converters.

Researchers from iit, Guwahati, and National Chemical Laboratories, Pune, say the use of ascorbic acid or vitamin c in this regard is a new method of organisation, which could also help produce compounds of other nanoparticles.

Arun Chattopadhyay of iit, Guwahati, says the principle used here allows large-scale production of nanoparticles. The findings of the study will be published in the July 1 issue of the Journal of Colloid and Interface Science (Vol 311, No 1).

The team has developed two methods to produce fibre bundles of metallic nanoparticles with vitamin c. In the first method, ascorbic acid was allowed to degrade in acidic condition to form colourless fibres. Then, separately made nanoparticles of gold, silver and platinum were deposited on those fibres. In the second method, ascorbic acid was used as a reducing agent on salts of gold (hydrogen tetrachloroaurate) to form gold nanoparticles and subsequently grown into fibres. Using sophisticated imaging techniques like transmission and scanning electron microscopy, the team studied the assembly of nanoparticles forming composite fibre bundles.

"In the presence of gold salt, fibres formed faster than when we made nanoparticles separately and added ascorbic acid," says Chattopadhyay. "This is an advantage because faster formation of fibres would reduce the time required to make devices," he says.

"We have also been able to show that the nanomaterial switches from being a conductor of electricity to a non-conductor in such case," he says.