Vote in panchayat polls or else...

THE Gujarat government is again pushing for legislation that makes it mandatory for all adult citizens to vote during panchayat and municipal elections. Those who fail to cast their votes would have to report to the authorities within a month. They would have to give valid reasons for not voting, else they would be labelled defaulters.

The Local Authorities (Amendments) Bill was first proposed in December 2009. It was rejected by the state election commission and the Gujarat governor, who said the bill infringed citizens’ right to freedom of expression guaranteed by the Constitution.

The bill was reintroduced in the Assembly this September unchanged, and without incorporating suggestions made by governor Kamla Beniwal. She had returned the bill pointing out loopholes in the draft.

A major shortcoming in the bill was it clubbed mandatory voting with the proposal to increase reserved seats for women in local bodies from 33 per cent to 50 per cent. The bill also does not prescribe the penal action against defaulters, Beniwal said. She pointed out the bill made no provision regarding the government’s duty of enrolling all eligible voters and issuing voter identity cards to them. While tabling the bill afresh, the government simply stapled the governor’s objections to the draft bill.

R M Patel, secretary for panchayats, declined to discuss the contents of the bill, saying “it is still under consideration of the Assembly”. 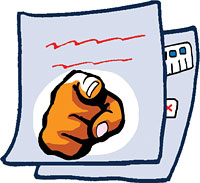 Civil society groups were critical. Before introducing such a bill, the government should ensure everyone has access to the electoral system, said Harinesh Pandya of Ahmedabad’s Janpath, a network of organisations working on right to information. He said Gujarat has a sizeable population of nomadic tribes like the Rabaris and Kolis who comprise seven or eight per cent of the state’s 5.5 crore population. They live in areas inaccessible by road or telephone and are not in the voters’ list. Janpath had helped 8,000 members of nomadic tribes enrol in the voters’ list in 2009.

Thirty per cent people (mostly dalits) do not figure in the voters’ list according to one estimate by Mohanlal B Purmur, vice-president of Solu grampanchayat in Ahmedabad district.

Manoj Rai of Action Initiatives of PRIA, society for participatory research in India, said there was no need for the bill as 70 per cent people participate in the civic and panchayat elections. In the February 2008 municipal elections, 1,013,469 of the 1,555,911 or 65 per cent of the registered voters in the state’s 75 districts had cast votes. “The bill makes sense only if the government can include the option ‘none of the above’ in the ballot papers,” said Nikhil Dey of Mazdoor Kisan Shakti Sangathan that works on right to information and accountability in governance.

The bill also appears to run contrary to the state’s Samras Gram Yojana which encourages villages to select their sarpanch through consensus, not elections. Villages that select their panchayat heads are offered additional Rs 5 lakh to Rs 10 lakh as development funds. Secretary for legislative and parliamentary affairs, H D Vyas, insisted there was no conflict between the bill and the Samras Yojana.