A fungus could wipe out American bats 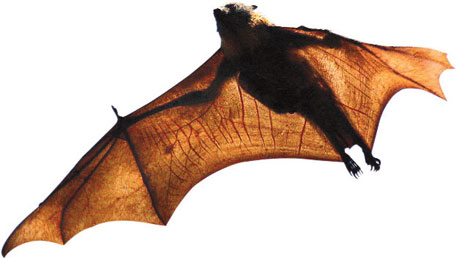 THE little brown bat seen roosting in the eaves of buildings, crevices in trees and caves across North America could go extinct by 2026. So could several other bat species.

Researchers warn that a cold-loving fungus is quietly attacking the bats in hibernation, waking them up in mid-winter. Once they are awake, their metabolism speeds up and since there are no insects to eat, they lose body fat and starve to death.

The fungus, Geomyces destructans, disturbs the bats by penetrating their skin and growing around their nose in the form of a distinctive ring. Called white nose syndrome (WNS), the disease was first noticed four years ago in a cave in New York state and has since spread inexorably, killing a million bats in the US alone. In the absence of a cure, the disease has imperilled nine of the 45 bat species in eastern US and southeastern Canada, decimating some populations by over 90 per cent. Until recently researchers were unsure if the fungus was the sole cause for the mass death of bats. 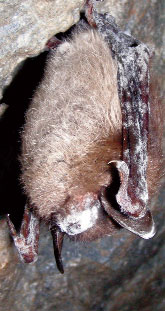 To understand how infectious the fungus is researchers at University of California, Santa Cruz, used a population matrix model to compare the rate of deaths in WNS-infected brown bats and uninfected brown bats. Using survival and breeding probability rates, they simulated population trends for 100 years after infection and found the brown bat could become extinct in the next 16 years. The researchers reported their finding in the August 6 issue of Science.

The disease is not confined to North America. Every winter it affects European bats as well, particularly those in Germany, France and Switzerland. But no major mortality due to the fungus has been observed in bat populations monitored since the 1950s, said a study reported in the August issue of Emerging Infectious Diseases, published by the US Centers for Disease Control and Prevention. This could be because the European bats have co-evolved with G destructans. European bats hibernate in small groups, unlike US caves where hundreds of thousands of bats hang in slumber, so there is less chance of widespread infection, the study noted.

Why bat disease is a worry?

For a start, bats eat pests. They act as seed dispersers as well as pollinators. In Southeast Asia, for example, economically important fruits such as banana, mango, guava, date and durians depend on bats for pollination. Their die-off would profoundly affect agriculture. Bats have a reputation as carriers of disease. Though scientists are yet to ascertain if G destructans can affect humans and other animals, bats have been implicated in the spread of several viruses such as rabies, Ebola, Nipah and SARS. 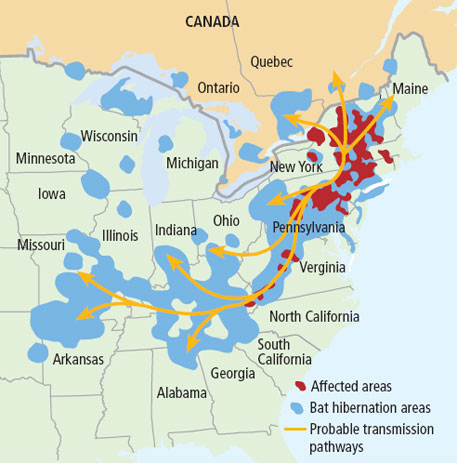