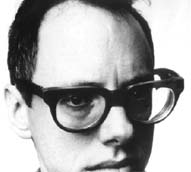 despite the presence of between 100,000-150,000 hair on the scalp, a bald pate remains a nightmare for virtually every person. Not surprisingly, extensive research is being done to understand the complex process of the growth and regeneration of adult hair.

Transplanting whole hair follicles from one part of the head to another, is a well-established treatment for baldness. But transplant of hair between different people has not been achieved in humans, although such experiments have been successful in laboratory animals. Now, a team of researchers led by Colin A B Jahoda from Durham University in the uk, report the first such hair transplantation in humans. This team has successfully transplanted follicle cells from Colin Jahoda onto his wife and co-worker Amanda J Reynolds ( Nature , Vol 402, No 6757).

The laborious experiment yielded little - just four hair strands could be grown on the lady's hand from follicles taken from the man's head. A pittance, one may say, considering that we lose between 50-100 strands everyday. But as the researchers explain, they used cells that were not themselves the cells that produce hair. Once transplanted, however, these cells instructed, or 'induced', the recipient's own skin cells to generate complete functional hair follicles. Surprisingly, given the enormous advances in organ and tissue transplantation over the past few decades, it has so far proved impossible to transplant human hair follicles from one person to another, even if the individuals are, as far as their immune systems are concerned, compatible.

Indeed, immunological incompatibility seems to have little to do with it, as the hair follicle is thought to be one of those 'immunologically privileged' organs that does not provoke an immune reaction if transplanted. The answer seems to lie in the mode of development of the hair follicle. Jahoda and colleagues achieved success using cells from the so-called 'dermal sheath' at the base of the follicle. The researchers dissected out the layer of cells that form a well in which the base of hair sits. With the help of microscope and diamond knifes and tiny blown-glass instruments, the follicles were manipulated. Just two follicles could be done per hour.

A hair follicle is a complicated mini-organ that is derived partly from the deeper 'dermal cells' of the skin and partly from the superficial 'epidermal cells', which produce the hair itself. In adult skin, hair growth depends on a cycle of regeneration within follicles. During the development of a hair follicle, the dermal tissue of the skin proliferates to form a minute bump covered with epidermis. This folds to form the cup-shaped hair follicle. Under instructions from the dermal tissue, the epidermal cells of the follicle produce specialised hair cells that become filled with the tough protein keratin to form hair itself. Hair grows from the base, continually producing new hair cells that get filled with keratin and then die.

In the best traditions of scientific experimentation that would often blunt the ethical issues, the Durham team used themselves as guinea-pigs. Jahoda donated dermal sheath cells from his scalp hair follicles, and these were transplanted into the skin of the inner forearm of his wife. That area was free of thick-caliber hair found in the head. Three to five weeks after the graft, new hair follicles and hair fibres appeared on her arm at the transplant site. Unlike the pale, delicate hairs of this part of her arm, the hair growing from the new follicles was thicker and darker just like the scalp.

After 70 days, these new hair were surgically excised and analysed. dna (deoxyribonucleic acid) tests on the dermal papilla cells that were generating the new follicles confirmed that they contained both x and y chromosomes and thus came from Jahoda, while epidermal cells from the same follicles were female and came from his wife's skin. The authors say that this mini-organ formation shows how donor cells of an appropriate type can stimulate development of the recipient's tissues. Such properties might be useful in bioengineering of replacement tissues and organs, as well as the more obvious treatment of hair loss.

In normal hair transplant, the hair follicles are redistributed from one part of the scalp to another. Angela M Christiano, a geneticist at Columbia University, New York, usa, who collaborated in this study says that instead of just moving around the limited number of hair follicles on the head, especially in balding people, this technique allows the growing of new ones.It would also be possible to grow these cells in large quantities in cell culture for making the technique a practical treatment for baldness. In such a case, even people with less hair can donate themselves some hair for multiplication in the sub-cellular hair factory, instead of looking for donors.