Extreme temperatures do not bode well for crops 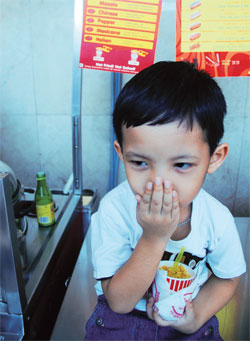 USA produces 40 per cent of the world’s corn and 38 per cent of soybean every year. With climate change, yields might decline 30-46 per cent over the next century if the globe warms slowly and by 60-82 per cent if emissions continue at the current levels. Yields increase up to 29°C for corn, 30°C for soybean and 32°C for cotton. Anything above that affects the crops, said economist Michael Roberts of North Carolina State University, USA. He conducted the study, using a climate change prediction model, with fellow economist from Columbia University. They took data on the crop yields for the years 1950-2005 from the US Department of Agriculture. They showed the temperature range that exists historically in croplands and the temperature range that was likely. If yields go down in the US, it would drive up prices of staple food commodities all around the world, Roberts said. While there is a consensus on changes in yield, there is no agreement on the extent of changes and the factors causing them, said Josef Schmidhuber, lead author of a chapter on agriculture in Intergovernmental Panel on Climate Change’s fourth assessment report. He has identified 200 factors such as rainfall and soil acidity that would affect yield. Three caveats could ease the problem, said Roberts. One, the greening theory in which more CO2 could offset some negative effects, which is a topic of intense debate; two, development of heat-tolerant crops by companies like Monsanto, which has little evidence of adaptation in the past; and three, farmers shifting the area of cultivation. A scientist from Yale contested the study’s findings and said agriculture in the US would improve with climate change. “These results focus on grains in the US grown on rainfed land, which is a fraction of US crops. Irrigated land is also crucial. The study does not necessarily apply to non-grains, irrigated crops, or livestock,” said Robert Mendelsohn, professor of the School of Forestry and Environmental Studies, Yale University. The study was published online in the Proceedings of the National Academy of Sciences on August 28, 2009