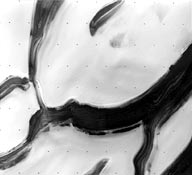 The Martian North Pole is honeycombed with frozen water. These are the findings of a us-Russian team of scientists, who recently analysed data of the Mars Global Surveyor and Mars Odyssey, two nasa satellites.

The discovery is good news for those who believe life might have been present on Mars in the past, since liquid water is a prerequisite for the development of Earth-type life forms.

Last year the Mars Odyssey had detected subsurface ice around the Martian South Pole. But the ice on the northern polar region scientists is about one-third more than that found in the southern region of the planet.