'We cannot sell the idea of equity back home,' says US negotiator

US says no to equitable division of atmospheric space 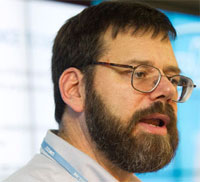 The US made it clear it is not on the same page on equity as the developing nations. On day three of the ongoing Conference of Parties on climate change (CoP18) in Doha, the deputy chief climate envoy of the US, Jonathan Pershing, told NGOs in an informal briefing session that it would be hard for him to go back to the Congress and sell the idea of equity espoused by the developing countries.

Rejecting the idea that atmospheric space can be divided, Pershing said it is unacceptable that an X quantity of carbon dioxide emissions is taken, the number divided into percentages and obligations set based on different scenarios. “The obligation states you (US) would have to reduce emissions down to negative 37 per cent. The obligation of China will be a tiny bit, but India can still grow quite a lot. The politics of that quite frankly really don’t work. I can’t really sell that to the Congress back home.” Besides, it just doesn’t solve the problem, said Pershing who initiated the discussion by asking NGO representatives to switch off their voice recorders, but speculated that his briefing would find its way to the media anyway.

Pershing also said the US differed from countries such as India, China and South Africa on what equity means. “We don’t agree, we are in different places on what it means, but we talk about it. We are not opposed to talking about this.” The US' idea of equity is limited to procedures and engagement. “One of the ways we thought about equity is to engage, so what we do is we provide a lot of support for this (CoP) space. That’s procedural equity. I hope you recognize that many of you who come to the meetings you do, the US fights for you at every chance to give you a chance to be in this room. For us, that’s an equity discussion. That’s an engagement discussion. We are one of the funders to make it possible for you to be at the table,” Pershing told the NGO gathering.

He also made it very clear that the US is unlikely to raise its ambition to reduce emissions. “It looks unlikely that the US will change the number (17 per cent by 2020) between now and 2020,” he said. The reason of course is the US does not buy the argument of dividing atmospheric space and allocating numbers, thus rejecting the very concept of historical responsibility. Developing countries maintain that rich nations where less than a quarter of the world population lives, emit more than 70 per cent of the greenhouse gasses.  China, the biggest among the developing countries, is said to have annual emissions of about 27 per cent, but if its cumulative emissions were to be averaged since 1950, its share would be only 11 per cent. A similar comparison could be made for India, which currently emits about six per cent every year, but its mean emissions since 1950 is only three per cent.

Just  a year ago, during the Conference of Parties at Durban, India along with other likeminded developing countries fought till the last minute to stop the onslaught of developed countries to remove equity from future negotiations. During a roundtable under Durban Platform (ADP) at Doha, India asserted that any future deal has to be based on the principles of equity and common but differentiated responsibility (CBDR). "CBDR is recognition of a scientific fact, but equity is the fundamental principle. Let's be conscious of this fact," the Indian negotiator said. The Americans, though, don't seem to be listening. The fights are about to begin.