We have crossed the line on climate change, says study 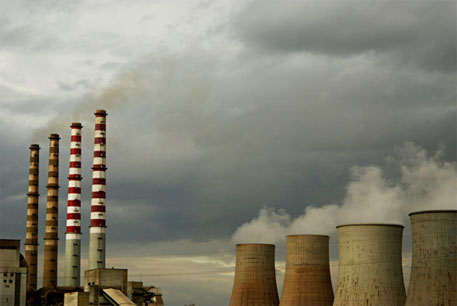 Earth’s climate is forever changing and evolution and extinction of species is an inevitable part of the process. But a new study shows that human activities have accelerated the geological timescale to such an extent that we are faced with climate change and high rates of extinction of species, both plant and animal, pushing a number of key planetary processes into areas of high risk.

The study, published in the journal Science, is an expansion of a 2009 report on “planetary boundaries” for safe human use. Of a total of nine boundaries, “four boundaries are assessed to have been crossed, placing humanity in a danger zone," the study points out. The four boundaries are climate change, species loss, land-use change and fertiliser pollution. According  to the report, the rates of extinctions of animals and plants, caused by factors ranging from pollution to deforestation, were 10 to 100 times higher than safe levels.

Freshwater use, ocean acidification and ozone depletion were assessed to be within safe limits while others like levels of airborne pollution were yet to be properly assessed.

"Transgressing a boundary increases the risk that human activities could inadvertently drive the Earth system into a much less hospitable state," said lead author Will Steffen of the Australian National University and Stockholm Resilience Centre.

The Conference of Parties, slated to happen in Paris towards the end of the year, will see nations submit proposals for their respective carbon emission targets for the first time.  Scientific research such as this study will strengthen the argument in favour of bringing emissions-led climate change under check. The 2009 report was influential but had attracted its share of criticism as it was argued that some of the boundaries were not global in scale, making it hard to compare trends.