What drives pesticide use

Study says land simplification has no link to use of pesticide 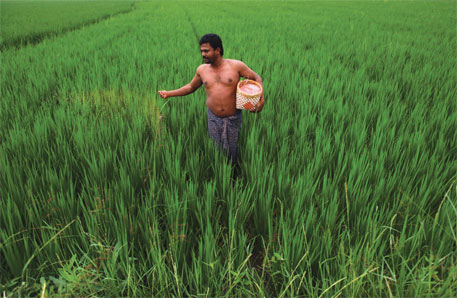 IT is a common belief that landscape simplification, or conversion of land for agriculture, results in increased use of pesticides due to the loss of natural enemies of pests. But a study at University of California, Santa Barbara, US, suggests that the theory is not yet proven.

Ashley Larsen, the author of the study and PhD candidate in the Department of Ecology, Evolution and Marine Biology of the university, says, “Some think that complex landscapes are better, that they have minimal effect on the environment, in which case we would need to grow over a larger area. Others think that we should grow in a concentrated area and preserve what isn’t in agricultural production. This land sparing-land sharing debate is getting a lot of attention.”

She built her research on an earlier study published in PNAS that had analysed agricultural data collected in 2007 in the US and had found that landscape simplification increased insecticide use. Ashley extended her study to include US agricultural data for the years 2007, 2002, 1997, 1992 and 1987 in seven states of the midwest region (northern central US), comprising over 560 counties. She found that although the proportion of cultivable land in the counties was positively correlated with insecticide use in 2007, this relationship was absent or reversed in prior census years and when all the years were analyzed together. “Two possible explanations for this variation are weather, for instance rainfall and temperature, and changes in pesticide legislation. Deciphering between these two very different drivers is important to understanding how different land use policies will influence insecticide use in the future,” says Larsen.

However, it is likely that the truth lies somewhere in the middle. K Rajan, scientist at Central Soil and Water Conservation Research and Training Institute in Udhagamandalam, India, believes landscape simplification could lead to use of more insecticides. He says that under Indian conditions, it has been seen that rice monoculture needs a heavy dose of insecticides. He adds that climatic conditions too can aggravate insect attack and cause excess use of insecticides. “When cloudy weather prevails for many days during the early growth of rice, it attracts brown plant hopper and blast disease,” he says.

The study was published online on September 3 in Proceedings of the National Academy of Sciences (PNAS).