How a report came to endorse endosulfan use in Kerala 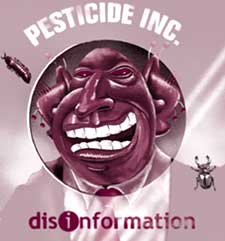 the chairperson of a government committee mandated to look into Kerala's endosulfan tragedy suppressed all dissenting voices within the committee to give a clean chit to the pesticide. A look at the final report of the Dubey committee, submitted in March 2003 and kept away from public scrutiny (marked "for office use only"), reveals that repeatedly expressed disagreements of key committee members were ignored. Chairperson O P Dubey, also the assistant director general, Indian Council of Agriculture Research, quite understandably, found support from endosulfan industry representatives within the committee.

The report includes no separate dissent note. At least three members' apprehensions about endosulfan have just been included in the form of a letter they wrote to Dubey. The final stand-off between industry representatives and dissenters took place in the committee's fourth and final meeting on February 14, 2003, at Indian Agricultural Research Institute, New Delhi.

At this meeting, Dubey read out the draft conclusions and recommendations that apparently gave a clean chit to endosulfan. At this stage itself, a few members disagreed with the draft. Down To Earth (DTE) had exposed how these recommendations were based on manipulated and fraudulent reports and that the assumptions were completely erroneous (see dte, 'Lies, Damn Lies And Endosulfan', April 15, 2004). Dubey left the meeting soon after reading out the draft, saying he had to "attend another meeting". The draft was handed over to committee member secretary Sandhya Kulshrestha, then the joint director (medical), Department of Agriculture and Cooperation (dac), the Union ministry of agriculture (moa), for further discussion. During the deliberations, Kulshrestha also read out the views of the dissenters; these were supported by H N Saiyed, director, National Institute of Occupational Health, and Brajendra Singh, entomologist, dac. "Since the possibility of association of illnesses due to endosulfan cannot be ruled out, a comprehensive epidemiological study is required to be carried out to prove the same or otherwise. Meanwhile...the use of endosulfan may be temporarily suspended in the country," read their key suggestion, included in the version of the draft Kulshrestha submitted to Dubey on February 18, 2003 (letter no. 4-17/2002- cib - ii).

Both the industry representatives in the committee, V Sagar Kaushik, managing director, Aventis CropScience, and A C Shroff, president, Endosulfan Manufacturers and Formulators Welfare Association and head of Excel Industries, wrote to Dubey complaining that Kulshrestha did not allow a fair debate. But a committee member points out that this isn't true: "On the contrary, the member secretary did exactly that but the industry could never agree that illnesses were probably linked to endosulfan." In his letter dated February 15, 2003, Shroff wrote: "...after your departure the member secretary, instead of discussing the version already read out, put forth for discussion a totally different, pre-prepared version with questionable content and intent".

On February 17, 2003, Dubey rushed a letter to all committee members, saying, "I came to know that the same [draft conclusions and recommendations] was not discussed, may be because of want of time". He also attached the recommendations favouring endosulfan with the letter, adding, "the draft conclusions and recommendations as I have conceived as chairman of the expert group is enclosed for your perusal". "Dubey very well knew about the disagreements...He simply did not agree to the recommendations against endosulfan," says the committee member. All the members replied to Dubey. Saiyed, Kulshrestha and Singh reiterated their dissent. Y K Gupta, then a professor, Department of Pharmacology, All India Institute of Medical Sciences, New Delhi, said: "Presently it will be premature to derive any definitive conclusion on the cause-effect relationship of endosulfan and other pesticides and the alleged unusual health problems". Kaushik, Shroff and C Sundaresan Nair, director (research), Kerala Agriculture University, claimed endosulfan hadn't caused the health problems. Finally, Dubey gave a clean chit to endosulfan.

Soon after dte exposed the inconsistencies in Dubey committee's functioning and the data manipulation, moa formed another committee, headed by the then agriculture commissioner, C D Mayee, to review the matter. But the Mayee committee report simply repeated Dubey's recommendations. Thus, while committee after committee keeps suppressing the truth, suffering people in Padre wait for justice.