What is one plus one? 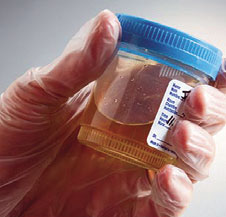 URINE is a good source of nitrogen, a plant nutrient. Swedish and German companies have developed technologies to condense it into crystals which can be used by farmers on a commercial scale. A group of researchers just made a recipe to exploit its benefits better. They mixed it with wood ash. When wood burns, phosphorous, calcium, potassium and magnesium remain in the ash. This cocktail of nutrients was applied to tomato fields. The recipe was successful. The researchers from the University of Kuopio in Finland grew tomatoes in pots. On days six, 14, 41 and 48 they fertilized the plots either with 1.48g per plant of synthetic fertilizers or with 16.2ml per pot of urine or with urine and 2.14g per plant of birch tree wood ash combination. Some plants were not fertilized. The urine was tested for the presence of microbes. The combination induced the tomato plants to produce four times more fruits than unfertilized plants and as much as plants fertilized synthetically. The combination also reduced the soil’s acidity. All tomato samples were said to taste equally good. “Majority of people cannot afford the expensive mineral fertilizers. This technology provides them with a different possibility. Using urine and wood ash would save a lot of money,” said Helvi Heinonen-Tanski, one of the researchers. “Urine is a resource that will be available as long as life exists on earth,” said Edward Guzha, who has worked on the assessment of the effect of human urine on maize production. Wood ash is a source of phosphorous. Tropical soils are deficient in it. “Reserves of the mineral will be extinct in another 50 years. So it is strategic to look for alternative resources,” added Guzha. The results were published in the August 26 issue of Journal of Agricultural and Food Chemistry.