What is the Indian Social Forum all about? 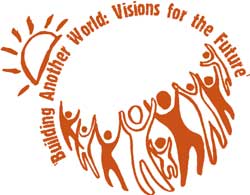 Building another world, announced banners festooned near the entrance of Jawaharlal Nehru Stadium. "Yahan mela laga hai kya? (is there a carnival underway here?)," the auto-rickshaw driver asked, as I asked him to stop his vehicles near one of the banners. No, this is the Indian Social Forum (isf), I answered as I paid him. Anyhow, my words were drowned by the drumbeats of a group of brightly clothed people lampooning the corruption-ridden Indian state.

The mood of festivity at isf soon overtook me. The Indian chapter of the World Social Forum ( wsf) was going to be a five-day affair November 9-November13, 2006. And I was barely in time for the opening.

As I ambled into the exhibition grounds at Nehru Stadium, a passerby remarked, "Oh, these nave utopian ideas again." Now, I am one of those who still think that a map of the world shows that utopias remain worth looking at. But a pamphlet thrust into my hand cautioned against being blas about isf. "Beware of the devil in the garb of a Santa," the handout noted. "The social forum is about effete discussions," remarked Abhinav one of the students distributing the pamphlets. "Everyone knows that wsf is funded by the very corporates they oppose," another of the group charged.

Is the isf another inconsequential jamboree? I wandered as I drifted a little aimlessly at the dusty grounds. My thoughts were cut short as I passed by a tent where discussions on tribal rights were on. "There are thousands of farming lands on which mills are being created now. Howwill farmersfeed their children and families? A lot of them are reeling under huge debts. Why can't we change the society--the rule of poor getting poorer and the rich getting richer," Tulsi Bai Munda from Orissa was pointing towards a reality often lost in the exultations over the country's so-called 8 per cent growth rate.

"Globalisation has meant the wanton plunder of natural resources," pointed out Wahu Kara from Kenya. "This has affected women the worst," she said. This struck a chord with Parvati from Kalinga Nagar "Yes, our lands have been snatched away to make factories," she told me later.

Larry Lohmann concerns were a little different--or so it seemed initially. He was here to speak on Carbon Trading--also the title of his new book. "Carbon trading evades the crucial issue of drastically cutting greenhouse gas emissions to arrest global warming. It will seriously aggravate the climate crisis while further enriching the corporates," he pointed out. But Lohmann was also alert to the links between climate change and the processes that had displaced people such as Parvati. "The forces that are dispossessing tribals today are the ones which uprooted the small farmers in Europe 250 years ago," he noted.

"I don't know what globalisation is. I only hope for a world where people like us are not treated as scum," Bala a transgender activist from Tamil Nadu told me.

So are these tribals, poor farmers, transgender and peace activists the "collective subjects" that the political scientist Peter Watermann often writes about? Or are they harbingers of an infantile communism that the international theory expert, Fred Halliday regularly writes of? Is the isf another instance of fragmenting the "genuine anti-globalisation movement", as alleged by the Devil in the garb of Santa pamphlet? Or have we moved beyond the old internationalism of states, blocs and parties to what the political scientist Peter Watermann calls solidarities of exploited/alienated classes?

There are no easy answers to these questions. But it is also more fruitful to seek answers other than the rarefied academic ones. The words of Riaz a rickshaw puller who has been deprived of his livelihood by the Delhi government's recent order to ban rickshaws from parts of the walled city rang true as I left the meet "We are not against people driving cars. Baut why doesn't the government let us ply our rickshaw? "At the isf, I learnt that there are many like us who are similarly deprived."

Perhaps it's solidarities like these which the isf is all about.
DTE Reporters DTE Reporters India Delhi Globalisation Tribals Human Rights Poverty News News News
SUPPORT US