What is the review committee up to?

The Narmada Bachao Andolan says it is content with the Narmada project review panel, but the government says there will be no change in the controversial project 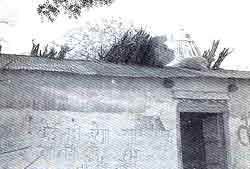 LESS THAN a week after Narmada Bachao Andolan leader Medha Patkar put off the much publicised jal-samarpan (death-by-drowning) protest against the Sardar Sarovar Project (SSP), she attended the first round of talks with a five-member committee established by the Union government to review the project.

Prior to the meeting, there was some confusion about whether the project would be reviewed. When Patkar announced the suspension of the jal-samarpan agitation, she claimed the Union government had conceded her demands. She said Union minister for water resources and irrigation V C Shukla had agreed to ask the review committee to submit its report within three months and that the Union government would publish the report within a month of receiving it.

Incensed MPs from Gujarat -- the state with the highest stakes in the project -- alleged Shukla had reached a "deal" with the NBA in the process of inviting them for talks. Responding to the allegations, Shukla told Parliament the Union government had no "plans to alter or to revise" the SSP. He maintained Patkar's participation was the result of the government's commitment to "ensure a full rehabilitation package" for people displaced by the project.

But Shukla's explanation failed to subdue the Gujarat representatives. And, in a sharper response two days later, Gujarat's legislative assembly unanimously adopted a resolution demanding scrapping of the order setting up the review committee.

Committee members refused to comment on what transpired at the first round of the meeting. However, Patkar said, "Although the talks were of a preliminary nature, we covered all aspects of the project." The NBA delegation pressed its demand for re-examining the planning and appraisal procedures for the SSP and drew the committee's attention to the absence of a distribution plan for drinking water in the scheme.

Meanwhile, both the Union ministry and the NBA remain unfazed by the situation. Reveals a review committee member, "We have been told to keep meeting the NBA and to hear its case." On her part, Patkar is ready with a presentation seeking to establish that the Narmada does not have the large quantities of water Gujarat's planners estimate.