... when you can study through Internet? 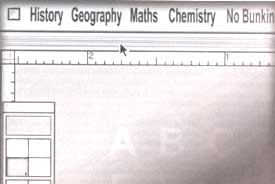 LEARNING, by video conferencing can be just as effective as attending classes. Researchers at California's Silicon Valley, the fabled birthground of some of the world's top software, have compared the examination performance of students who met face-to-face with those who met over their video monitors. There were no differences between the two groups' final results. More and more universities are offering courses to those too far away to attend regular classes. They videotape the classroom lectures, then either broadcast or mail these. The students can appear for their examinations through the Internet. However, this system of 'distributed learning has raised questions on whether the students miss out on the benefits of classroom discussion. James Gibbons of the US-based SERA Learning Technologies and Bert Sutherland of California's Sun Microsystems now say that video conferencing provides a solution.

Before he founded SERA, Gibbons pioneered a teaching method known as the tutored video instruction or TVI at Stanford University. In TVI several students watch a videotape of a lecture together. Their tutor stops the tape frequently and encourages discussion among students who may also interrupt the tape with questions. Research shows that the TVI students often outscore regular, lecture-attending students.

Gibbons, Sutherland and their Colleagues have come up with a video conference version of TVI. Each participant can see the face of all others on a monitor divided into three rows of three. The recorded lecture, which the tutor controls, appears in the bottom right window.

Some 900 undergraduates taking five different courses at two Californian universities took part in the systems' trial. Half attended real lectures, while the other half participated in TVI or its video conference equivalent. Those who opted for 'distributed' learning, the trials showed, had outdone the rest.

Several universities have already expressed interest in the video conference system, using satellite or cable television connections. But this has its limitations. Using such connections would mean that the students would have to be present in a small studio. For the system to really take off, it will probably have to use the Internet. This too, has its own problems. The Net cannot handle the huge amounts of data needed for nine real-time video channels.

Researchers, however, are confident that all these problems will be solved soon enough. Then anyone, equipped with a computer and a digital camera can study from home.