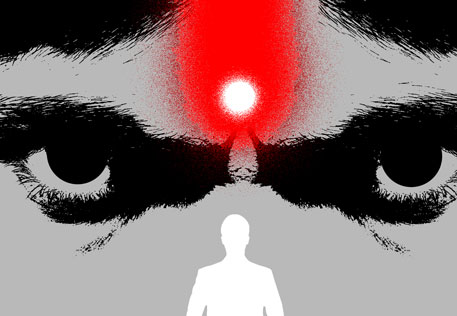 In 21st century India, many people in rural as well as urban areas, would still rather consult a tantrik or an astrologer to cure their illnesses instead of approaching a doctor qualified for the job. In spite of the wide prevalence of superstition and irrational religious practices, including black magic, only three states have laws intended to deal with the social problem.

Bihar, Jharkhand and Chhattisgarh have enacted laws to restrict witchcraft. But these pieces of legislation have in no way helped to curb irrational beliefs and practices. A Dehradun-based organisation, Rural Litigation and Entitlement Kendra (RLEK), had filed a public interest petition in the Supreme Court in 2010 for proper implementation of these Acts. The petition claimed that more than 2,500 Indian women have been killed in the name of witchcraft in 15 years.

Chairperson of RLEK, Awadhesh Kaushal, says there is need for a strict national law which can stop black magic and witchcraft. Every state needs such an Act, he says. The most disturbing and least resisted forms of gender violence are taking place on the name of witch-hunts and witch-trials in many states, he says, while adding that the forms of violence includes torture, assault and rape.

Kaushal contends that the existing laws in the three states have failed to achieve their goal that includes protection of women. These laws have provision of imprisonment for three months and Rs 1,000 penalty. “This is not enough to deter people from engaging in superstitious practices,” he says. “If such practices result in loss of life, then it should be treated as a case of murder under the Indian Penal Code. Only stringent laws can yield results,” he adds. The Supreme Court, however, rejected the petition, informs Minakshi Arora, the lawyer who represented RLEK in the case.

In June this year, the National Commission for Women (NCW) also emphasised on the need for a law which can curb violence against women in the name of black magic and witchcraft.

The Maharashtra government, which has been delaying the enactment of the Maharashtra Prevention and Eradication of Human Sacrifice and other Inhuman Evil Practices and Black Magic Bill, meanwhile, hurriedly approved the anti-superstition and black magic Ordinance on Wednesday. The state Cabinet approved the Ordinance and forwarded it the governor for his signature. The Ordinance was in reaction to the killing of rationalist Narendra Dabholkar on August 20.  The doctor had championed the anti- superstition Bill from the beginning. The Bill has been pending in the state legislature since 2005.

Dabholkar had established Andhashraddha Nirmoolan Samiti (ANS) to fight superstition in society. Deepak J Girme of ANS says the state law to curb human sacrifice and black magic should have been enacted long ago. “They kept the Bill pending on the pretext of amendments,” he says.

The Bill was first proposed in 1998 and passed in the Legislative Assembly in 2005, “but the so called intellectuals who sit in the legislative council kept the Bill on hold,” he alleges.