WHO’s Ebola response did ‘tremendous damage’ to its reputation

Adam Kamradt-Scott is a senior lecturer at the Department of Government and International Relations at the University of Sydney, Australia. In his recently published book, Managing Global Health Security, Kamradt-Scott talks about disease outbreak control by the World Health Organization. He talks to Vibha Varshney at the 68th World Health Assembly in Geneva 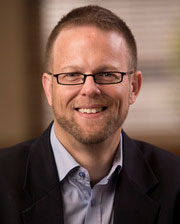 Has WHO's response to global health security or epidemics changed in the past couple of decades?

Most definitely yes. Based on the failures of the WHO's first global eradication programme that targeted malaria, the organisation formed a very standard approach in which it mainly sought to coordinate the efforts of governments while avoiding the risk of being viewed too prescriptive. In SARS we saw a very different organisation that was confident and took the lead to rapidly contain the outbreak, issuing directives, and naming and shaming countries that were not acting responsibly. In the wake of SARS, though, member states were obviously concerned at the level of WHO's autonomy and moved to implement new checks and balances on the organisation through the revised International Health Regulations (IHR) negotiations. Since the revised IHR were approved, we've seen an organisation much more hesitant in its ability to manage global health security. Even though WHO was right to declare H1N1 a global public health emergency, the perception is that it acted in haste and it was criticised as a result. Now in Ebola we saw the organisation respond too slowly, again attracting criticism. This highlights the very difficult challenge for the WHO in declaring public health emergencies while operating in contexts of imperfect information and considerable uncertainty. It is not an enviable position to be in, especially when some governments also try and hide the full extent of disease outbreaks over concerns of trade and travel sanctions.

What are your views on WHO's response to the Ebola epidemic? What were the problems?

Even as WHO has itself acknowledged, mistakes were made in responding to Ebola. Certainly member states' budget cuts to WHO over the past few years had a big impact on the number of available staff to manage the multiple crises that were occurring at the same time as Ebola. But even so and as media reports have revealed, the WHO did not pay sufficient attention to reports from the region and the scale and extent of the outbreak. Added to this, the potential political and economic implications of declaring an emergency and the impact this would have on affected countries seems to have been given too much weight. The end result was that the WHO response was slow. They dropped the ball. It has done tremendous damage to the organisation's reputation which will take years to rebuild.

WHO blames lack of funds for the shortfalls in response to the Ebola epidemic. To what extent do you think this was the problem?

The budget cuts to WHO explain some of the problems, but not all. For years now, governments have continued to delegate more and more work to the WHO at the same time as reducing its budget and instituting efficiency savings. I think in Ebola we saw the consequences of these policies. Having said this, the budget cuts do not explain why the organisation was slow to declare an emergency, and I have yet to see any reasonable explanation offered by the secretariat with regards to why the nature of the crisis was not flagged earlier. The fact that Ebola had spread to urban areas in itself should have been an immediate red flag for the WHO as it was not something we had seen before and the affected countries were known to not have strong health systems. WHO is meant to be our global physician, which means telling countries honestly and openly when they have a problem and what measures are needed to address it. It also means calling out countries when they're not doing the right thing. That doesn't appear to have happened in this context.

A framework for engagement with non-state actors is being discussed for some time now. Do you think funds provided by non-state actors can improve the efficiency of WHO to deal with epidemics?

In 2009, the Parliamentary Assembly of the Council of Europe and other actors initiated at least three independent investigations over their concerns that WHO had been unduly influenced by the pharmaceutical industry into declaring a pandemic. Every investigation found the WHO had not been unduly influenced, but if governments are truly concerned about the role and influence of non-state actors shaping global health policy via financial contributions then it makes sense that they fund the agency appropriately. But this is not what we're seeing. Instead, governments keep crying poor. I am pragmatic about these issues and so long as there are appropriate checks and balances to ensure conflicts of interest are avoided, and that funds do not lead to undue influence, then I think the most important thing is that the job gets done. While I would wholeheartedly prefer WHO to be funded by member states appropriately, there are a number of public-private partnership models that seem to work reasonably well so I am not diametrically opposed to the idea.