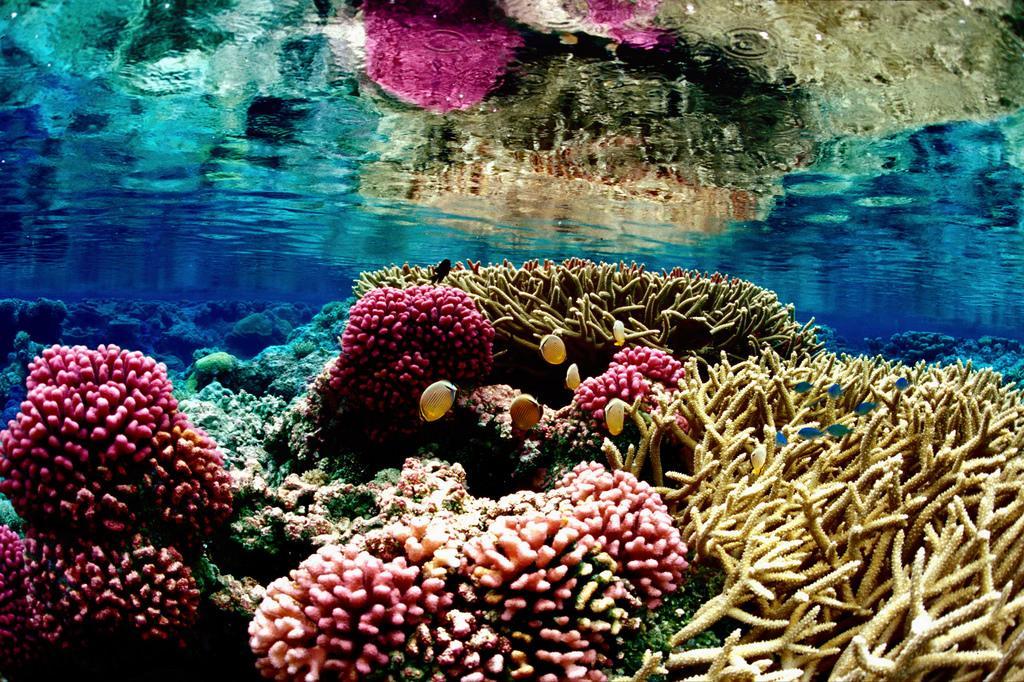 In the last decade, the world lost about 14 per cent of its coral reefs, according to a new report.

The report by Global Coral Reef Monitoring Network (GCRMN) was drawn from a global dataset gathered by over 300 members of the network covering four decades from 1978 to 2019. It had almost 2 million observations from more than 12,000 sites in 73 reef-bearing countries across the globe.

The report, the first of its kind in 13 years, underlined the catastrophic consequences of global warming but said that some coral reefs can be saved by arresting greenhouse gases.

Coral reefs across the world are under relentless stress from warming caused by climate change. Coral bleaching events caused by rise in elevated sea surface temperatures (SST) were responsible for coral loss, according to the report.

Large scale coral bleaching events were responsible for killing eight percent of the world’s corals in 1998.

There has been a steady decrease in hard coral cover in the last four decades since 1978 when the world lost nine per cent of its corals.

The worst-hit are the corals in South Asia, Australia, the Pacific, East Asia, the Western Indian Ocean and the Gulf of Oman.

The decrease is disconcerting because live hard coral cover is an indicator of coral reef health.

The analysis found that since 2010, the amount of algae on the world's coral reefs has increased by about 20 per cent. Algal bloom on coral ridges are a sign of stress on the structures.

Prior to this, on average, there was twice as much coral on the world’s reefs as algae.

This transition from live hard coral to algae-dominated reef communities impacts marine habitats, rendering them less biodiverse and also affects the ecosystem services provided by them.

Corals occupy less than one per cent of the ocean floor but over one billion people benefit directly from the reefs.

The value of goods and services provided by coral reefs is estimated to be $2.7 trillion per year, accordion to the report. This includes $36 billion in coral reef tourism.

A joint analysis by The Prince of Wales’ International Sustainability Unit (ISU), United Nations Environment Programme (UN Environment) and the International Coral Reef Initiative (ICRI) also said that the net economic value of the world’s coral reefs could be nearly tens of billions of dollars per year.

Healthy corals are expected to deliver additional economic benefits amounting to $34.6 billion and $36.7 billion in the Mesoamerica Reef and the Coral Triangle, respectively, between 2017 and 2030, according to United Nations Environment Programme.

Persistent rise of land and sea temperatures is a threat to corals, warned GCRMN in the report released just 20 days ahead of the UN climate change conference in Glasgow. The findings concur with past research that made similar predictions.

The survival of corals is likely to drop below 50 per cent if sea surface temperatures increases by one degree, alerted Arizona State University’s Center for Global Discovery and Conservation Science last year in its study.

All of the world’s reefs will bleach by the end of the century unless the world acts together to reduce carbon emissions, said UNEP.

Coral reefs in east Asia’s Coral Triangle accounts for more than 30 per cent of the world’s reefs but has been less impacted by rising sea surface temperatures.

Despite a decline in hard coral cover during the last decade, on average, these reefs have more coral today than in 1983, when the first data from this region were collected, the scientists noted.

In 2019, the world regained two per cent of its coral cover in spite of a short interval between mass coral bleaching events in the last decade.

These instances point to the fact that these critical ecosystems have the capacity to recover if pressure on them eases, the researchers noted. They can even resuscitate to their pre-1998 health in the next ten years, the report mentioned.