A key legislation in Indonesia does not protect 80 per cent of the country’s rainforests that are identified as ‘vulnerable’ to being cleared for palm oil production, a study has warned.

Indonesia saw a huge increase in oil palm plantations — from two mega hectares (Mha) in 2000 to 8.6 Mha in 2015, the study conducted by the University of Sheffield in the UK and the National University of Singapore, said.

Indonesia passed a law in 2010, protecting more than 69 Mha of forests, mangroves and peatlands from conversion into palm oil plantations, a statement on the University of Sheffield’s website said.

However, according to a model developed by the researchers, just 10 per cent of the areas identified as vulnerable to oil palm expansion by 2025 are currently protected by the Forest Moratorium, while 83 per cent of vulnerable natural areas are left unprotected.

Some 39 dolphins and three whales have washed up dead on the shores of Mauritius several days after a Japanese-owned ship ran aground on a coral reef off the coast of the island country and leaked 1,000 tonnes of oil, the news agency AP reported.

It is not yet clear what caused the dolphins to die but environmentalists have called for an investigation.

Meanwhile, hundreds of protestors staged demonstrations in the capital Port Louis on August 29, 2020, against the government’s handling of the oil spill and its aftermath.

The MV Wakashio, which was travelling from China to Brazil, began leaking oil on August 5 in the Mahebourg Lagoon, which is a protected wetland area and a small isle that was a wildlife sanctuary.

A group of five researchers from Dehradun, Bengaluru and Pune have discovered a new species of moth and rediscovered another that was last seen more than a century ago in Arunachal Pradesh.

The new moth species belongs to the rare genus Metallolophia, of which only 16 species are known globally and three in India, according to a report in the Hindustan Times.

The researchers have named it Metallolophia taleensis after the Tale wildlife sanctuary where it was discovered.

The researchers collected two specimens of the new species in August last year. They also found three specimens of Metallolophia opalina, another species of the same genus, from Tale.

The Telangana High Court has directed the collector of Jangaon district (erstwhile Warangal district) and revenue officials to not plant trees at Yerragollapahad village in the district, a report in the New Indian Express said.

The court’s interim order came after 20 tribals petitioned it, alleging that revenue and istrict officials had forcibly removed them from their houses to establish a Prakruti Vanam or eco- park as part of the Palle Pragathi Programme.

The tribals had been granted the homesteads in the village as pattas, way back in 1998.

The court also directed the government to file a counter affidavit on the issue and posted the matter to August 31 for further hearing. 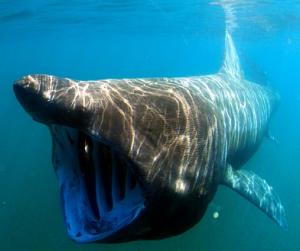 A robot camera called ‘SharkCam’ was used for the first time to study basking sharks in the ocean around the United Kingdom, a report by the BBC said.

The basking shark is the second-largest fish in the world after the whale shark and can grow up to 33 feet long.

The fish usually travel to the seas around the UK after migrating from west Africa. The ‘SharkCam’ was deployed off the west coast of Scotland and followed three sharks near the coasts of Coll and Tiree.

The robot recorded behaviour that suggested the sharks came to the UK to breed rather than to feed, which was what earlier research had assumed.