India Eco Watch: Major ecological happenings of the week (May 6-12) 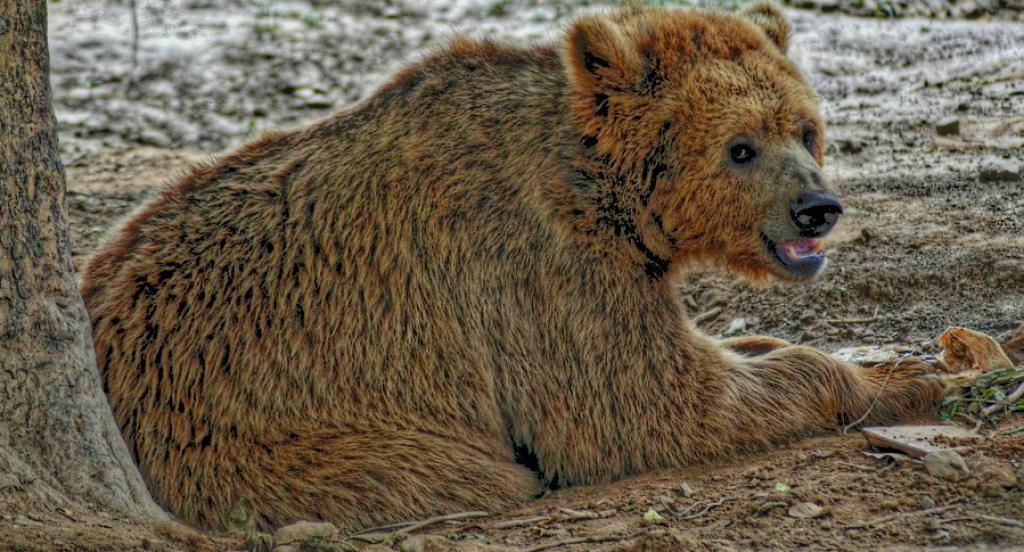 There is outrage in Jammu and Kashmir after two video clips went viral on social media showing a mob harassing a Critically Endangered Himalayan Brown Bear, an Asian relative of the North American Grizzly. In the first clip, the bear is trying to extricate itself from a roll of barbed wire in which it had been caught at a village near Drass in the Kargil district of Ladakh. In the second, more heart-breaking clip, the bear, after having freed itself, is seen climbing a sheer mountain ridge, overlooking a sheer drop into a gushing mountain stream 50 feet below. A mob of locals is seen pelting the bear with stones due to which it loses its balance and falls into the stream. The videos were uploaded on Twitter by former director Tourism, Kashmir, Mehmood Shah. The videos elicited hundreds of angry comments by Twitterati, including former Jammu and Kashmir Chief Minister, Mehbooba Mufti, who demanded the arrest of the stone-pelters. A media report quoted Deputy Commissioner, Kargil, Baseer-ul-Haq Choudhary as stating that an FIR had been lodged and also teams had been constituted to trace the bear. It also quoted Regional wildlife warden, Ladakh, Mohammad Sajid Sultan as saying, “There is an input that the animal has come out of the water downstream, but we cannot concretely say if the animal has survived.”

Here is the second video:

This is macabre, happened today at Drass. pic.twitter.com/rtnqzghLF3

The number of tigers in the Indian portion of the Sunderbans is expected to rise in the soon-to-be-released National Tiger Census report. According to a recent media report, at least 94 tigers have been camera-trapped in the Sunderbans Tiger Reserve as well as the South 24 Parganas forest division during 2018. Out of these, 64 cats were in the tiger reserve and the 34 in the buffer zone. In 2016-17, when the last census exercise was held, the count was 87. The National Tiger Conservation Authority will be releasing the findings of the tiger census in the first week of June, the report said.

Fish die in scores in Maharashtra village as Godavari dries up

Locals in a village on the banks of the Godavari river in Maharashtra’s Aurangabad district have claimed that scores of fish in the river have died in the past two months due to dropping water levels. Media reports have shown photographs of dead fish floating in the river water in Nagaon village. The reports also quoted the locals as saying that there was no drinking water for either humans or animals. According to other media reports, there is only 17.04 per cent of water left in dams across Maharashtra as compared to last year when it was 29.55 per cent. As many as 21,000 villages across the state have been affected due to the water crisis.

Three hundred domestic yaks have starved to death in a remote valley in northern Sikkim, a media report has said. Authorities found the carcasses in the Mukuthang valley, close to the Chinese border, on May 10, 2019. According to the report the yaks had been trapped in the valley since December due to snow. The authorities had tried to drop food to the animals by helicopter but were pushed back by poor weather. When the route to the valley cleared last week, a team trekked to the area and found the dead yaks. Between 10 and 15 yaks die each year in Sikkim, but this year’s toll has been the highest, the report quoted a government official as saying. The owners of the animals would be given a compensation of Rs 30,000 per yak, with a maximum of three yaks per family.

A team of researchers from Pune-based Indian Institute of Science Education and Research have discovered a new species of pit viper, a venomous snake that has the unique ability to sense heat due to special organs known as ‘pits’ near its mouth. The snake which is reddish-brown in colour, was shown to the team by a local resident in a forest patch near Ramda village in the West Kameng district of Arunachal Pradesh, according to a media report. Prior to the discovery of the new species, India had four brown pit vipers - Malabar, Horseshoe, Hump-nosed and Himalayan. The researchers say not much is known about the species’ behaviour and more research is required.