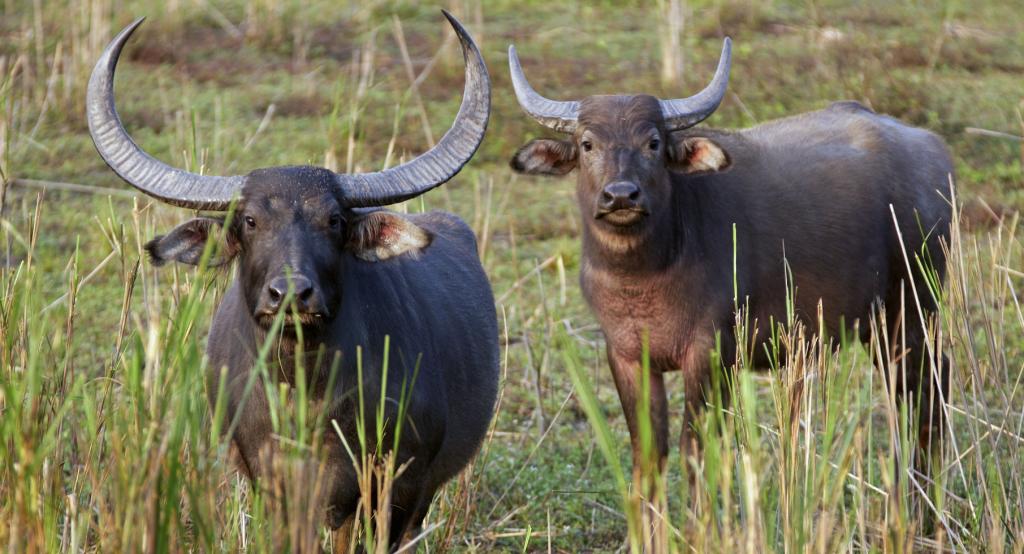 A pair of Asiatic Wild Buffalo in Kaziranga National Park, Assam which has been named in the expose. Photo: Getty Images

An in-depth investigation by Zembla, the Netherlands’ investigative TV series, has revealed that women are being sterilised and shoot-at-sight orders are being executed in and around protected areas in India and Africa.

According to the report, leading conservation group — World Wide Fund for Nature (WWF) — was giving its tacit support to these activities. The report, titled "Victims of WWF" aired on Zembla on May 17, 2019.

Shockingly, one of the national parks profiled in the expose is Assam's Kaziranga National Park, which is famous for its rhinos, tigers and elephants.

The programme interviewed rangers at Kaziranga who admitted they are still authorised to shoot people on sight, despite government denials that such a policy exists.

International non-profit, Survival International (SI), which fights for the rights of indigenous peoples, forest peoples as well as uncontacted tribes, was full of scathing criticism at what it called WWF’s “Fortress Conservation”.

“Can you imagine WWF promoting the sterilisation of women living around national parks in Europe or the US? The fact they consider it acceptable in India and Africa is racism, pure and simple,” a press release quoted the group’s director, Stephen Corry as saying.

“Shoot on sight policies, sterilisation programmes for villagers living near national parks — these are signs of a movement that’s completely lost its sense of ethics in pursuit of a hardline anti-people agenda. It is tragic for the innocent people caught up in these abuses — and utterly self-defeating for conservation in the long term,” Corry added.

Speaking to Down To Earth, senior research and advocacy officer at SI, Sophie Grig said, "This Dutch investigation exposes a shocking new aspect of WWF’s work — its involvement in sterilisation programmes. It also shines a light, once again, on the human rights violations in and around Kaziranga National Park. The more Survival investigates, the more human rights abuses we find. But these latest revelations are the tip of the iceberg, they are symptomatic of a system of fortress conservation that has stolen indigenous land and destroyed tribal peoples for decades."

On March 4, 2019, American digital outlet Buzzfeed, in a damning investigation, had, like Zembla, claimed that WWF funded vicious paramilitary forces to fight poaching.