World water day: How a village in Maharastra turned a dying lake into a birding paradise

Seven years ago, Paraswada lake in Gondia was nothing more than a stinking swamp filled with weed species that were killing its biodiversity 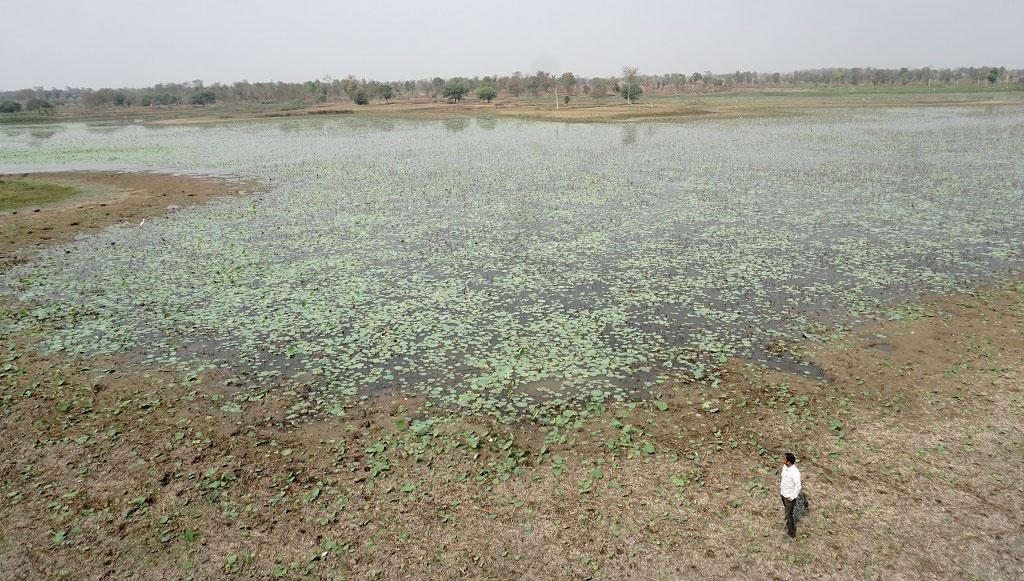 Around 150 kilometres from Nagpur, Paraswada lake in Gondia district has become the new winter home for thousands of migratory waterbirds.

Species like red-crested pochards, ruddy shelduck, northern pintails, shovellers, blue-tailed bee-eaters, lesser whistling ducks and gadwalls can be seen flying and hopping all across Paraswada village, and even on the Birsa airstrip 500 metres away, between November and February.

But the village wasn’t always this birding wonderland that attracts visitors from the farthest corners of Maharastra and even Madhya Pradesh.

Around seven years ago, Paraswada lake was nothing more than a stinking wamp filled with weed species like hypomia and nilambori. Much of the lake would be lost to paddy cultivation on the lake bed when the water receded in the dry season.

When even a single greylag goose is spotted in Mumbai or Pune, it makes it to the headlines in the local editions. Here, thousands of them come every year and people come from Bombay, Nagpur, Raipur and even parts of Madhya Pradesh to see them.

Bahekar’s organisation was the first to imagine the lake’s potential. Since 2009, the team, with the help of a few locals, went around the village, conducting Gram Sabha meetings and creating awareness about the benefits of the lake.

“We told the people in my village that the lake can attract migratory bird species, become a popular birding spot and generate revenue,” said Rahul Bhave, 33, gram panchayat member and one of the two caretakers of the lake.

Once the villagers realised the importance of the lake, their immediate challenge was procuring funds to restore it. They found the answer in the Biological Diversity Act (BDA), 2002.

The act empowers the local bodies — panchayats and municipalities — to set up biodiversity management committees (BMC) for promoting conservation and sustainable use of biodiversity.

“We didn’t know about the role of BMCs until a forest department officer told us about the provision and helped us frame the grant proposal to the state biodiversity board,” Bahekar said.

In 2013, Paraswada formed its own BMC and forwarded a proposal of Rs 5 lakh to the state biodiversity board.

The committee received the funds the same year and undertook a bio-survey of the lake.

“We realised that there were weed species like hypomia and nilambori, and sedge species like Eleocharis dulcis (gad), which were killing the biodiversity of the lake by not letting anything else thrive,” Bhave said.

The village created a five-year programme that included activities like weed removal, maintenance, compartment bunding. Equipped with this management plan, they approached the National Biodiversity Authority for a grant.

“With the help of the funds we built a watch tower for better sighting and guarding of the lake in 2015-16,” says Bhave.

Under MGNREGA, they usually do de-siltation of water bodies. But that would have negatively impacted the lake ecosystem. So, in 2016, the Gram Sabha asked for a special project under MGNREGA which involved the creation of islands in the lake for the birds to build nests on and weed removal. It generated employment too.

There are strict rules against hunting, disturbing the birds, dumping solid waste and encroachment of lake land enforced by the Gram Panchayat, Bhave said. “In the initial years, people used to flout these rules, but now, as our village is becoming famous as a prominent birding destination, they also feel proud and feel a sense of responsibility towards the lake.”

While the size of the lake has reduced as compared to what it was 25 years ago, the reduction has stopped since the committee was formed and conservation effort was taken seriously, Bhave added.

Today, the lake hosts around 55 species of birds, 20 of them migratory. Between November and February, around 500 visitors come to the lake daily.