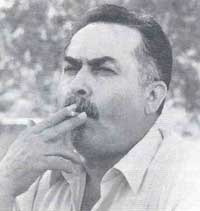 RESEARCHERS from the Kaiser Permanente Medical Center in A Oakland, California, have linked smoking with facial wrinkling among Whites and say that women may be more susceptible S, than men (American Journal of Public Health, Vol 85, No 1).

The research team led by 00 Virginia L Ernster, decided on Whites-only as the African- American and Asian skins are relatively less prone to wrinkling.

The results from their study based on 1136 subjects indicate that smokers have a 2 to threefold risk of developing facial wrinkling compared to non-smokers. The exception to this rule being men a aged 60-69 years. Earlier studies have also established the link between smoking and facial wrinkling but they handled relatively small population samples.

The Oakland study revealed that the wrinkling risk was greater for women smokers compared to men. The risk of developing wrinkles appeared to increase after 10 pack-years (a pack-year is the number of cigarette packs consumed daily multiplied by years smoked) of smoking in women as compared to 20 pack-years in men. Also, the former male smokers faced no increased risk whereas it was twofold for women. smokers could be due to the drying or irritating effect of the smoke on the skin. Or, it could be a result of vascular or connective tissue damage in the skin caused by the 'absorption of cigarette smoke. Earlier studies have shown that smoking acutely decreases the blood flow in the skin.

The Oakland study being the largest of its kind, researchers hope that their results would encourage young people to quit smoking. They say that they would like the wrinkling effect of smoking printed on cigarette packs as a warning to smokers.