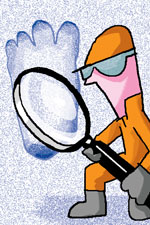 Ignoring protests by a section of the country’s academia, officials in Russia have announced plans to open a scientific institute to study yetis.

“A scientific centre would spur research on the yeti,” the administration of the Russian coal-mining region of Kemerovo in western Siberia said.

Popular myth has it that yetis are hairy ape-like creatures that inhabit the Himalaya. But some believe Russia also holds a population of yetis in Siberia. Russian yeti researcher Igor Burtsev says, “The yeti lives in harmony with nature.” But a Kemerovo university press release said, “Studying yetis does not contribute to any scientific research.”