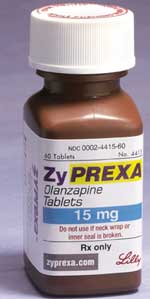 Eli Lilly, the pharma major, encouraged primary care physicians to use Zyprexa, a powerful drug for schizophrenia and bipolar disorder, on patients who did not have either condition, according to the pharma company's marketing materials. The documents were given to the New York Times (NYT) by a lawyer representing mentally ill patients. They detail a multi-year promotional campaign that Lilly began in Orlando in late 2000. Its sales representatives were asked to tell doctors to prescribe Zyprexa to older patients with symptoms of dementia.

Zyprexa is not approved to treat dementia, and in fact carries a prominent warning from the us's Federal Drug Administration (fda) that it increases the risk of death in older patients with dementia-related psychosis.But according to the NYT, "In 1999 and 2000, Lilly considered ways to convince primary care doctors that they should use Zyprexa on their patients."

Lilly representatives say the company has never promoted Zyprexa for off-label uses. "We have extensive training for sales representatives to assure that they provide information to the doctors that's within the scope of the prescribing information approved by the fda ," Anne Nobles, Lilly's vice president for corporate affairs, told NYT.

Zyprexa is Lilly's best-selling product, with us $4.2 billion sales in 2005, 30 per cent of its overall revenues. But Lilly faces federal and state investigations over its marketing. In its annual report for 2005, Lilly said that it faced investigation by federal prosecutors in Pennsylvania and that the Florida attorney general's office had subpoenaed the company "seeking production of documents relating marketing practices with respect to Zyprexa".