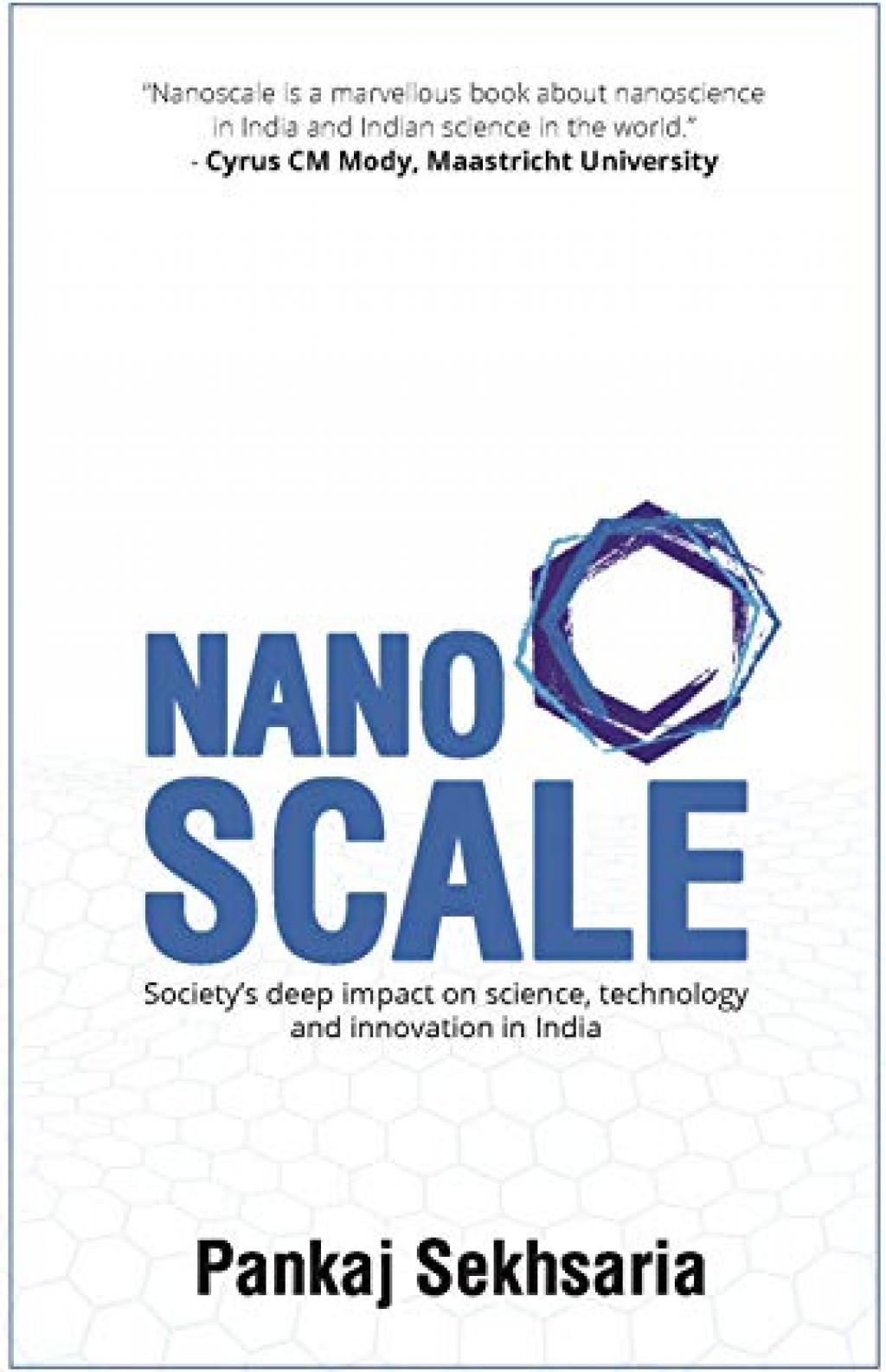 Investigating the 'Encultured' spaces of scientific labs in India 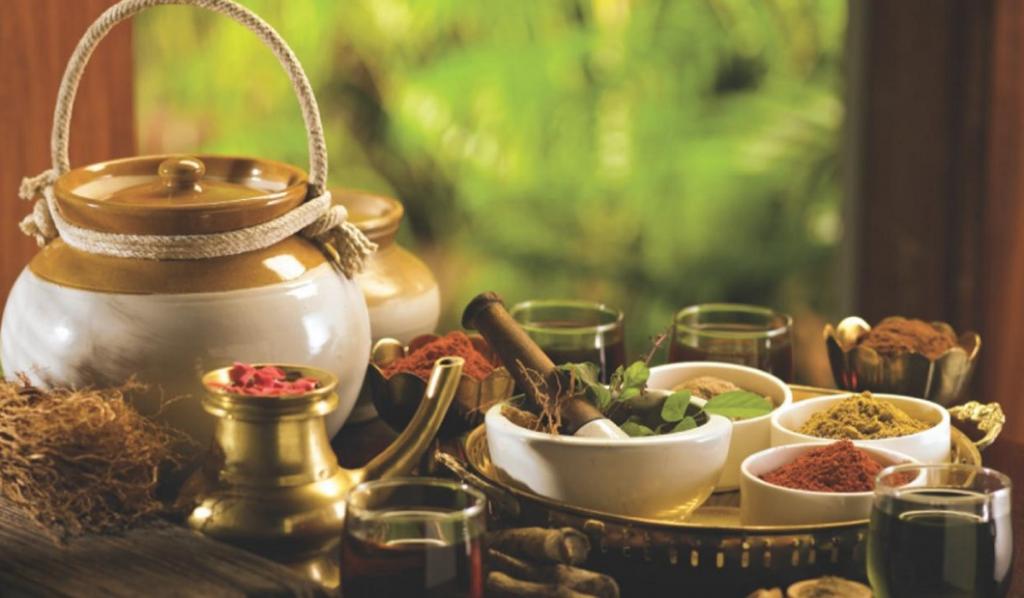 Nanoscale also highlights the interdisciplinary dimension of scientific practice and calls for novel ways to bridge the gap between epistemologically different fields of science and Ayurveda. Photo: Wikimedia Commons

Pankaj Sekhsaria, through his work titled, Nanoscale: Society’s Deep Impact on Science, Technology and Innovation in India (2020), makes a significant contribution in the field of science and technology studies and to also understand the dynamics of knowledge in society. The sociological aspect of ‘interpretative flexibility’ runs throughout his work. ‘Knowledge in society’ can be understood as an attempt to acknowledge ‘knowledge from society’ in his book.

Sekhsaria not only highlights how the socio-political, cultural and economic factors influence nanoscience but also brings science to the people who are from non-science fields. The most important part of his analysis highlights the fact that science and society cannot be viewed in separate, non-communicating, homogeneous blocks which function in isolation.

Rather, the objectivity of scientific experiments in the lab are very well constituted by society. He highlights the social nature of technology through stories of the Scanning Tunneling Microscope, the doctor who treated retinoblastoma and the need for nanosilver ceramic water filters, etc.

The author uses both qualitative and quantitative methodology to highlight society’s impact on scientific practices taking place in labs and research institutes in India. The book majorly is written in a narrative form, covering four stories through interviews and personal communication.

But it also highlights in a timely manner, significant data from reports, press releases, census and global data, hence juxtaposing the interviews with quantitative statistics. His method justifies his core argument which acknowledges knowledge from several sources to locate a scientific study as functioning in relation with its socio-political and economic environment. This is similar to John Law’s argument in After Method (2004), where he argues that research methods “not only describe but also help to produce the reality that they understand”.

Sekhsaria methodologically employs lab ethnography which broadly means the study of the scientist’s work in the lab. For him, the labs are ‘encultured’ spaces which are highly influenced by society.  The first ethnographies of scientific laboratories were made by early proponents of science and technology studies in the 1970s. Sekhsaria’s work can also be seen as an important study using lab ethnography.

He situates his central hypotheses through interactions with four different anecdotal case studies and elucidates it with subsequent findings. He aims to analyse what innovation means to scientists.

In this regard, the author begins his journey with a conversation with Dr Javed Ali at LV Prasad Eye Institute who, among many other things, treated retinoblastoma in little children. His work was not only a scientific exercise but was motivated by an awareness of the social reality which discriminated against girl children. And in doing so, the doctor “was seeking to change a social reality and not just the fate of one unfortunate individual.”

Further, Sekhsaria makes conscious efforts to acknowledge the idea of Jugaad as a matter of innovation which is highlighted in the second story of the book. Existing literature has either maligned it or used it with pride but none of them discussed it as a matter of invention or creativity. He criticises both the optimistic and dismissive accounts associated with it.

He instead looks at practices of Jugaad as dependent upon many different “ways of knowing or knowledge systems”. The author argues that Jugaad is located already in the margins, hence the question posed by corporate frameworks regarding the inclusion of margins in Jugaad should actually introspect their own logical inference.

Also, they look at Jugaad as a strategy to meet the competition offered by the Western entrepreneur but Sekhsaria argues that the primary intention behind Jugaad is survival and not commercialisation. It may become a commercial success later but in the first instance it lies outside market strategies.

Nanoscale also highlights the interdisciplinary dimension of scientific practice and calls for novel ways to bridge the gap between epistemologically different fields of science and Ayurveda.

The Centre for Nanobioscience (CNB) was one of the two centres that constituted the Microbial Sciences Division at Agharkar Research institute and it witnessed the intersections of Ayurveda and nanotechnology with great scientific output.

CNB’s earliest engagement with Ayurveda was the formulation of swarna bhasma which is well known for its anti-arthritic properties. The author begins by citing Rinku Umrani’s work whose interest area was diabetes and focused on jasada bhasma for its treatment to validate its efficacy and to research the use of commercially available zinc oxide nanoparticles for the same.

Her research was not only a scientific exercise but marked a different epistemology which challenged the scepticism towards Ayurveda. But she not only had to convince modern medicine that Ayurveda could provide viable alternatives but also had to deal with Ayurveda’s skepticism towards modern science.

The author puts light on how scientific innovation and business practices intersect with each other sometimes in both divergent and parallel ways. While the scientist and the entrepreneur in Sekhsaria’s anecdotes found faults in each other for the failure of the nanosilver ceramic water filter, the author remarked that this failure needs to be understood from the frame of people who related to the filter.

The critique of commercialisation comes not only when a product fails but it is also avoided for various other reasons related to pedagogy according to Professor Dharmadhikaari. The nano-silver ceramic water filter’s failure also needs to be seen beyond the scientist-entrepreneur debate where the former saw lack of creative marketing as a reason for failure and the latter thought that the product was ‘obsolete’. This debate needs to be contextualised with regards to research, cost, frame of the public, their relatability to the product and government support, according to the author.

The biggest strength of the book lies in the balanced amalgamation of stories and statistics which further facilitates the democratisation of knowledge. Pankaj Sekhsaria’s lucid narrative style explanation and dialogic conversation breaks down the complexity of the discipline of science and facilitates a wide audience to engage with the complex looking idea of ‘nanoscience’.

Damni Kain is currently working as a Consultant Researcher at the Centre for Internet and Society. She has completed Masters in Political Science from Hindu College, University of Delhi