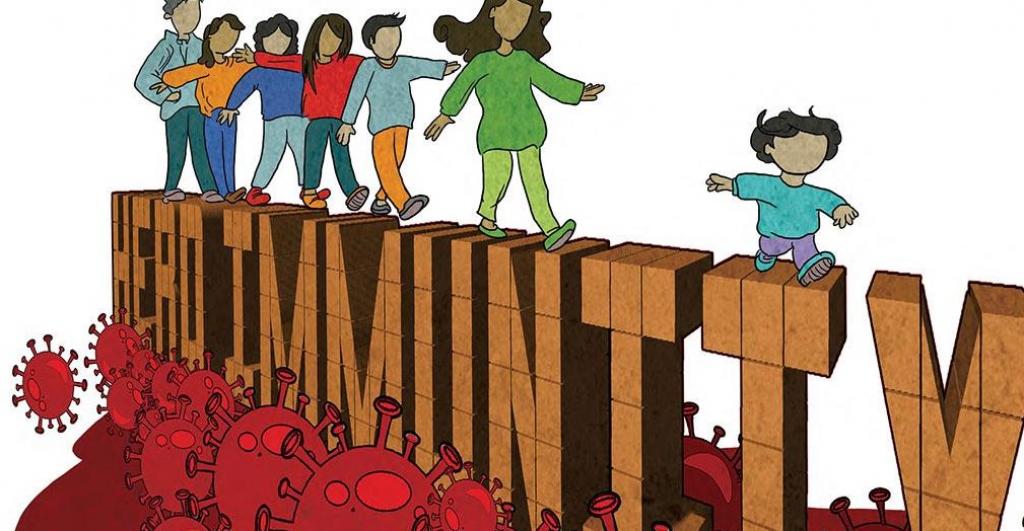 The order of spread: A review of The Rules of Contagion

The perpetrator of The Rules of Contagion is not the novel coronavirus SARS-CoV-2 the world cannot stop talking about. Written by epidemiologist and mathematician Adam Kucharski’s contagion transcends the realms of biology and deep-dives into social and behavioural norms and narrates how similar rules can be applied to the disparate worlds of finance and social media.

The hero of the book is Ronald Ross, the British doctor who discovered that malaria is caused by mosquitoes. A journey that spanned over 50 years — during which he also won the Nobel Prize — Ross turned to mathematics to find the answer to a very pertinent question: How to control the spread of malaria without eliminating every mosquito.

Ross made some crucial discoveries that revolutionised how the world looked at contagion. For example, he found that even if there were 48,000 mosquitoes in an area, on an average, they would lead to only one human infection. That is, the disease would fade out if the mosquito populations were reduced below a critical level. It would take many more years for the world to fully adopt mosquito control.

“The world requires at least 10 years to understand a new idea, however important or simple it may be,” Kucharski quotes Ross. His indignation was probably not uncalled for: He did not live to see all his ideas translate into practice. But more than a century later, we continue to borrow his methods — to study the spread of loneliness and obesity as much as infectious diseases.

Ross’ mosquito discovery paved the way for another interesting question: What causes epidemics to end? Biochemist Ogilvy Kermack and epidemiologist AG Mckendrick postulated the SIR model, according to which any population facing a disease outbreak comprised three types of people — susceptible, infectious and recovered.

An epidemic sparks with a certain number of infectious people, and everyone else become susceptible to the infection. As infected people recover and become immune, the probability of the remaining susceptible people catching the infection shrinks.

From here arose the concept of ‘peak’ and ‘herd immunity’. At the time of writing this review, several countries that recorded thousands of COVID-19 cases and deaths through March and April this year began to witness a downward spiral of the curve. Or “the worst was over”, as one may be inclined to think.

Kucharski says, “According to the SIR model, outbreaks need three things to take off: a sufficiently infectious pathogen, plenty of interactions between different people and enough of people who are susceptible.” But can an epidemic end if the population is yet to experience a peak?

Kucharski says this can also happen when the pathogen itself becomes less infectious as the epidemic progresses. Or when the population has acquired herd immunity making it possible to control the infection without vaccinating every person. Then there is ‘R’, or the reproductive ratio of a virus. 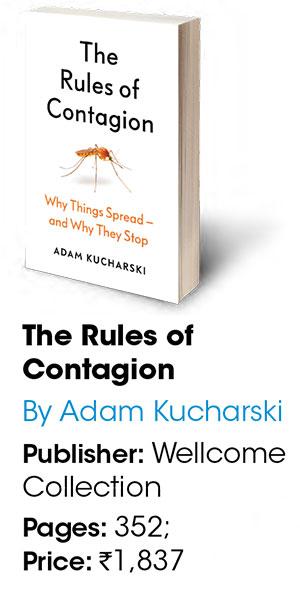 Scientists expanded on these findings to form the ‘Theory of Happenings’, comprising dependant and independent happenings. In real life, events involving a pathogen are dependant happenings — what happens to one person depends on how many others were affected. “Some happenings simmered over time, gradually affecting everyone. Others rose sharply, and then fell.

Some caused large outbreaks that settled down to lower levels. Some came in steady waves, rising and falling with seasons, and outbreaks that recurred sporadically,” Kucharski says. Scientists could have gone further to answer questions as to how a disease outbreak is linked to demography and public health. But the study was limited to only three papers.

Ross’ ideas did evolve, but over decades. It was even longer before scientists could make their way into other aspects our lives.

The rules of contagion are not only limited to infectious diseases. “From innovations to infections to finance, contagion is often a social process,” Kucharski says. It is remarkable how he navigates through many worlds and theories that fit the mould. He explains the 2008 financial crisis through a complex network of high-risk people linked to low-risk ones. Known as disassortative network, this makes the infection spread slower at first, and then all at once.

This was precisely how the Lehman Brothers spread the financial contagion widely — through a mesh of exposures where no one had the faintest clue who owed what to whom. The multiple hidden routes in the giant network only fashioned more ways of transmission. It was a recipe for a colossal disaster.

Another interesting aspect of the book is the mathematical modelling of fake news — a tweet / Facebook post that makes an epidemic of purported deceit and lies; a phenomenon not uncommon; and, a phenomenon that a pandemic feeds off.

Kucharski weaves theories within theories about the many heterogenous worlds we see and experience today. He sets a lot of skewed, layman concepts straight.

But the book is less about infectious diseases and more about the underlying principles of contagion, which the reader may, at some point, feel offers more than he/she bargained for in COVID-19 times. Yet, Kucharski’s insights inform us of the ways we can improve our understanding of disease transmission and social and financial networks.

The world needs more of that for now.