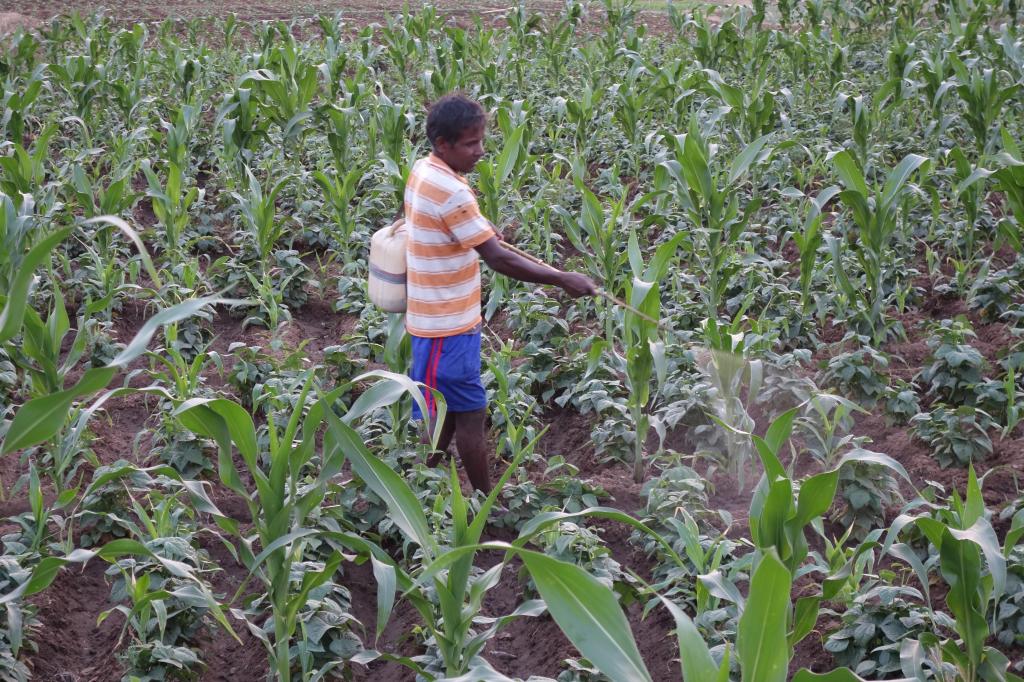 Why farmers remain uninformed about pesticides and their use

The Central Insecticides Board and Registration Committee (CIBRC), under the Ministry of Agriculture & Farmers Welfare, provides information on approved uses of pesticides, dosages and waiting period of pesticides on its website. But a quick search shows that this list is not being followed. Even the National Institute of Plant Health Management (NIPHM), under the same ministry, does not adhere to CIBRC’s list of approved uses.

Consequences of unregulated use of pesticide have come to light recently, with 18 farmers reportedly dying due to pesticide poisoning in Maharashtra.

The NIPHM, on its website, gives examples of Kisan Call Centre’s responses to questions regarding the pesticides to be used on particular crops to control particular pests. For instance, there is a recommendation to use Acephate for fruit borer on chilli, even though this is not a CIBRC-approved use; another one to use Acephate 75 SP and DDVP 76 EC for midge fly in chilli, whereas, according to CIBRC, Acephate 75 SP is approved only for cotton, safflower and rice; and Dichlorvos 76% EC is approved only for use on paddy, wheat, soybean, castor, groundnut, mustard, sunflower, cucurbit and cashew. There seems to be no scientific or governmental consensus at the national and state level on approved uses of pesticides.

Misuse on the ground

A study of pesticide use by 25 farmers and labourers in Ranchi’s Bero block, Jharkhand’s major vegetable growing belt, was undertaken in August-September 2017 by the Society for Promotion of Wastelands Development (SPWD), as part of a larger study being conducted in several Indian states by Pesticide Action Network (PAN) India. Bero has the longest experience of chemical-input farming in the state.

The study’s findings indicate that farmers know little to nothing about the pesticides they use. They are solely reliant on information from input dealers. While preparing and applying pesticides on their crops, none of the farmers or labourers use protective clothing such as face masks or gloves. Several farmers and labourers said that they mix pesticides and water with their bare hands. Some also sustained injuries in the process. The 25 sampled farmers were found to have used 42 insecticides, eight herbicides and seven fungicides. Of these, 38 insecticides, 5 herbicides and 6 fungicides are being wrongly applied on crops, which means, their use was not approved by the CIBRC.

According to the Centre for Science and Environment (CSE), Monocrotophos, Acephate and Profenofos are believed to be responsible for the deaths and hospitalisation of farmers in Maharashtra. All three are being misused by farmers in Jharkhand.

The five input dealers interviewed during the study were all unaware (or feigned ignorance) of the approved uses and waiting periods of the various pesticides. One of the dealers has a diploma in Agricultural Extension Services for Input Dealers (DAESI), yet he continued giving the wrong advice to farmers.

The block’s agriculture extension officer was unaware of the sale of certain popular pesticides. None of the interviewed farmers were trained or advised on pesticide use by the government. This year, block offices have distributed pesticides without giving any information on their approved uses to farmers. For instance, Bandra block office in Lohardaga distributed Azadirachtin 1% EC (with neem) approved for use on tea, and Mahuatanr block office in Latehar distributed Azadirachtin 0.15% W/W (with neem) approved for use on cotton and rice.

Pesticide manufacturers are not acting responsibly

Approved uses, correct doses and waiting periods are not mentioned on the labels of pesticides bottles or packets. The labels state that the leaflet given along with the pesticide must be consulted before use, however, the product is sold without it. Most of the manufacturers do not provide this vital information on their websites either.

How to prevent misuse?