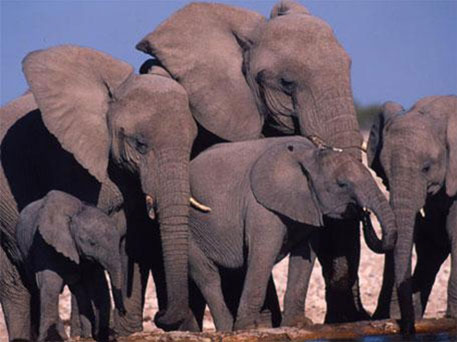 As the world observed the second World Wildlife Day on March 3 this year, the United Nations Environment Programme (UNEP) and the Convention on International Trade in Endangered Species of Wild Fauna and Flora (CITES)  released a report and data that are a big cause of concern. A report by TRAFFIC, the not-for profit wildlife trade monitoring network, has meanwhile drawn attention to the use of Internet for wildlife trade.

The UNEP report released in Cairo warned of the continuing decline in biodiversity across the African continent. Some 6,419 animals and 3,148 plants in Africa were listed as facing extinction in 2014. The near-extinction of these species is driven largely by human-induced factors, reveals the report presented to African leaders and policy makers by UNEP and UNEP-World Conservation Monitoring Centre at a side event during the 15th African Ministerial Conference on the Environment (AMCEN). The second edition of the State of Biodiversity in Africa is a mid-term review of progress towards implementation of the strategic plan for biodiversity 2011-2020 and its 20 Aichi Biodiversity Targets  for African countries.

The threatened animals include iconic African species, such as rhinos, elephants, gorillas and lemurs, often targeted by poachers who are a part of the illegal trade in wildlife.

The new data on elephant poaching released by CITES on occasion of World Wildlife Day shows a steady increase in levels of illegal killing of elephants starting in 2006, peaking in 2011, and slightly declining and levelling off thereafter. The overall elephant poaching rate in 2014 remained virtually unchanged compared to 2013.

But these figures still exceed the natural elephant population growth rates and a continued decline in elephant numbers overall is likely, reports CITES.

The illegal poaching of rhinoceroses continues to escalate sharply and in 2014 poaching in South Africa—home to around three quarters of the world’s rhinoceroses—reached an alarming high with 1,215 rhinoceroses killed illegally, compared to 13 in 2007.

The 2015 theme of World Wildlife Day.

revolved around the subject, Wildlife crime is serious; let’s get serious about wildlife crime. Special events to mark the day were observed in Geneva, New York, Korea, South Africa, China, India and other nations.

The UN General Assembly also marked the day this year with a special commemorative session. In his speech on  March 4 at the high-level debate on illegal wildlife trade, Aldo Lale-Demoz, deputy executive director of UN Office on Drugs and Crime called for developing  more effective partnerships at global, regional and local levels.
In his statement, UN Secretary-General Ban Ki-moon said that illegal wildlife trade degrades ecosystems and is a major obstacle to the efforts of rural communities and indigenous peoples striving to sustainably manage their natural resources.

The World Bank in partnership with the International Consortium on Combating Wildlife Crime (ICWCC) has, meanwhile, urged people to examine the link between wildlife crime and lack of economic opportunity.

Rob Steinmetz, Conservation Biologist, WWF-Thailand said the link between economic opportunity and poaching is more complex than has been assumed.

According to Khalid Pasha, CATS Manager, WWF Tigers Alive Initiative, the most impoverished are not those who drive the poaching, but rather they are victims of poaching.

While experts debate the linkage between poverty and poaching, a study by independent think tank, International Institute for Environment and Development, has made a case for reducing consumer demand and has cited community-led initiatives in Kenya, Tanzania, Mali, Namibia, Madagascar, Guatemala, Colombia and Namibia for the purpose.

Kenya's President Uhuru Kenyatta set fire to 15 tonnes of ivory on World Wildlife Day this year and promised to destroy all of its stockpile this year in the nation’s campaign against elephant poaching.

China, which is facing international criticism and held responsible for encouraging the illegal ivory trade, announced a temporary ban on ivory carvings imports in February this year.

On his visit to China in March, Prince William, the Duke of Cambridge, welcomed the Chinese action to tighten regulations governing the legal trade. He said, “ending demand for ivory is down to citizens across the world.  No tradition or fashion is worth the extinction of an entire species, and no criminal gang should be allowed to destroy any part of nature.”

Meanwhile, a new report   released by TRAFFIC, the wildlife trade monitoring network, has highlighted the use of digital online platforms for wildlife trading, especially ivory. It shows how Chinese language online retail websites and the social media platforms are contributing to the illegal trade of wildlife products.

Although the information and communication technology along with social media are being used for various campaigns on conserving wildlife, interactive social media platforms have also contributed to the new challenges for wildlife conservation and demand smart interventions.