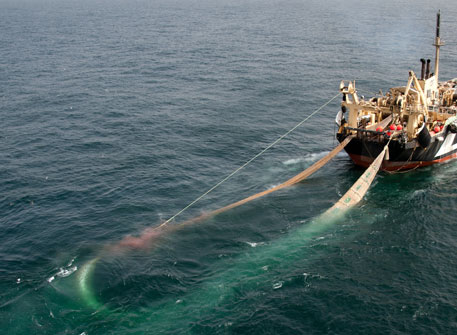 The Australian Federal government on Wednesday announced a permanent ban on supertrawlers. The decision follows the temporary ban that was imposed by the Labour government two years back. The first ban expired in November while the second was up for review in April.

“The government would stop vessels longer than 130m from fishing in Australian waters,” said Richard Colbeck, parliamentary secretary for agriculture.

People who advocate the ban, however, say that the definition of supertrawler does not take into account the processing capacity of a vessel, it is just as critical as the size of the vessel. Australian government has consulted widely and accepted the legitimate concerns of many in the community, including those involved in recreational and commercial fishing.

“Supertrawlers are large freezer-factory fishing trawlers that threaten the unique marine life and fisheries, and the recreational fishing, commercial fishing and tourism industries that rely on these,” the petition to ban them read.

“Supertrawlers are part of a larger problem on the global scenario that has led to the devastation of the world’s fisheries, marine life and local livelihoods. In India, the Central government has recently issued revised guidelines for deep sea fishing by big ships in the country's exclusive economic zone (EEZ)—an area of the sea between 22 km and 370 km from the coast, beyond the territorial waters.

The guidelines were issued by the Department of Animal Husbandry, Dairying and Fisheries under the Union Ministry of Agriculture that permits deep sea fishing with letter of permission (LoP) from the Centre. The guidelines are for big vessels with a length of 15 metre or more that can be owned or acquired by Indian entrepreneurs of the country.  Joint ventures with up to 49 per cent foreign investments are allowed to apply for permission.

The committee, headed by B Meenakumari, deputy director general of fisheries division of the Indian Council of Agricultural Research (ICAR), submitted its report on August 20 this year. The committee was constituted after Prime Minster Narendra Modi's call for a "Blue Revolution" in July. The eight-member committee was asked to review the Comprehensive Marine Fishing Policy 2004 and make recommendations for formulating a new fishing policy for the country. The expert committee recommended that fishing by big vessels should be encouraged in the EEZ. The panel estimated the resource potential of the EEZ at 4.41 million tonnes and suggested its optimal utilisation. To achieve optimum utilisation of the resources from this area, the panel recommended 1,178 deep sea fishing vessels be deployed. This includes the existing 908 and additional 270 vessels. The panel also suggested that joint ventures with foreign companies and transfer of technology be taken up for exploiting the waters with more than 500 m depth.

The large vessels were allowed only beyond 100 nautical miles earlier while these could include even supertrawlers with length up to 150m and factory vessels that can process the fish mid-sea.

Such vessels could destroy the very habitat of fish stock of the country besides depriving the livelihood of millions of people, people living along the coast have alleged.