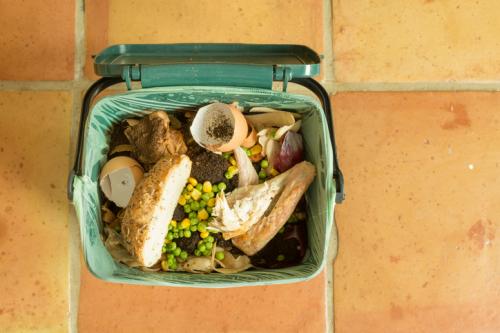 A paper studying the magnitude of loss from the food system has found that around one-fifth or 20 per cent of the world’s food goes to waste. The report published in journal Agricultural Systems says that overeating and consumer waste are large contributors to food loss.

The latest research challenges previous claims that a third of total food is wasted.

Scientists looked at 10 stages in the global food system and quantified losses on each level. We consume 10 per cent more food than we need and throw away 9 per cent of the edibles, researchers associated with the study say. They also found a leak in the food system saying that 44 per cent of the dry harvest is lost before human consumption.

Making the system more efficient can increase food security in the world. “Approaches to achieving this objective have considered changes to agricultural production systems, the role of diet and the potential for demand side measures, and the reduction of food waste,” the paper says.

The results show that a small fraction of net agricultural produce is consumed as food. Only 19–31 per cent of the biomass harvested from crops is consumed by humans, the report says. Livestock production is the most inefficient, with losses worth 81–94 per cent in the process. Around 1.08 billion tonnes of crops are used to produce 240 million tonnes of edible animal products including meat, milk and eggs, it says.

The researchers say that as the consumption of dairy and meat is set to increase with rising incomes, the inefficiency in the system also rise, leading to higher losses.

The implications of over-consumption on sustainability have rarely been studied, and researchers called for greater focus to understand causes, effects and solutions for over-consumption.

As per a 2015 report by Food and Agriculture Organization (FAO), around 795 million or one in every nine people in the world is undernourished. A large number of these belong to African nations and populous countries like India and China.