Parties succeed in laying a path for the functioning of contact group on the feasibility and ways of managing HFCs in Montreal Protocol. 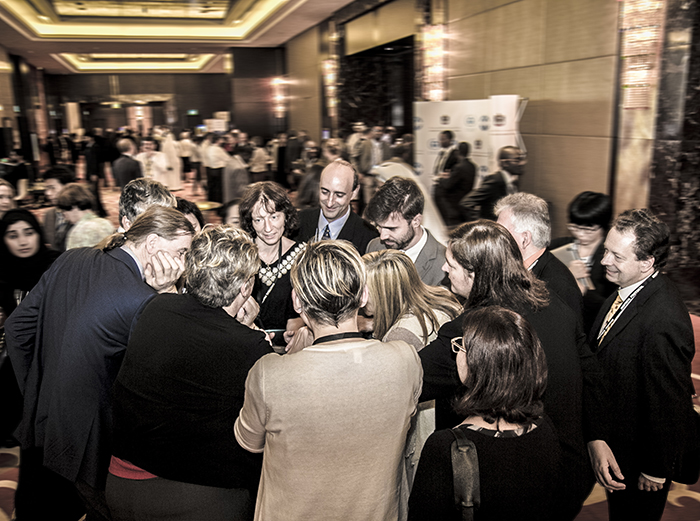 The Meeting of the Parties to the Montreal Protocol (MOP) in Dubai ended with all 197 countries of the world agreeing to work together in 2016 to use the Montreal Protocol to eliminate the global warming contribution from one of the six main greenhouse gases, by phasing down refrigerants called hydrofluorocarbons (HFCs).

The last day of the meet, officially titled “Substances that Deplete the Ozone Layer”, started with the opening of the high-level segment. Country representatives from different groups made their comments on the proposals and status so far. The Indian delegation led by Ashok Lavasa, secretary, Union Ministry of Environment, Forest and Climate Change, presented the Indian proposal to amend the Montreal Protocol and insisted that it was a visionary pathway to phasing down HFCs by providing flexibility in the choice of technology and time frame.

According to a study by Delhi-based non-profit Centre for Science and Environment (CSE) that compared all four proposals put forward by different country groups, the Indian proposal was the "least ambitious, yet the most equitable", while the North American proposal was the “most ambitious but least equitable”. The other two proposals by Europe and island countries were somewhere in the middle.

Informal discussions in contact group go on till midnight

After extensive and informal group consultations, the contact group started a couple of hours late during the official lunch hour, with almost no industry or NGOs present. As soon as the parties settled, Saudi Arabia proposed a new insertion to the text to be submitted by notifying the secretariat on “Exemption for high ambient temperature”, which was acceptable to be them and was discussed in informal meetings.

The proposal said that the new exemption shall be available to parties with high ambient temperature conditions where suitable alternatives do not exist for the specific sub-sector of use. The assessment on exemption would take place periodically, starting five years from the date of the commencement.

The American representative welcomed the move but suggested that there needed to be a definition on which countries fell into the definition of “high ambient temperature nations” and suggested that countries with at least one month every year above 35 degrees Celsius could be considered.

With no parties having any comments to add, the co-convener asked the parties for suggestions on the way forward so as to report by the end of the day to the secretariat. The co-convener of the contact group mentioned how it was not possible to have a comprehensive discussion because of limited availability of time and that there was still a significant amount of work to be done.

The US and EU representatives suggested that there was a need to recognise the progress that had been made in the meeting and proposed insertions to the text that could be adopted by the contact group. To this, the developing countries raised a few minor objections and it was suggested to break into informal meetings which were open for all parties.

Interestingly, none of the Indian delegates, who were otherwise very vocal and opposed a text on the previous days, spoke during the whole discussion, raising curiosity among parties about the reason behind their silence.

The parties broke into informal groups and went for backdoor meetings till midnight, with no information for NGOs and the industry on the state of negotiations. The parties came up with a revised text after the informal meetings at around 1 AM local time.

A delegate from an international NGO, who did not wish to be named, later told CSE that the negotiations would have ended by 9 PM if not for the word “adopted” that delayed the whole process by at least a few hours in the informal meetings.

The revised text approved by the contact group was uploaded on the meeting portal after midnight. The text is a carefully-worded compilation of the insertions proposed by the US, EU, Saudi Arabia and the co-conveners and was made into a paper accepted by all parties. The day seemed to be one of the longest working days in the history of the Montreal Protocol.

Over all, while India succeeded in getting its point of having Intellectual Property Rights (IPR) in the text, Saudi Arabia managed to get the exemption for countries with high ambient temperatures. Argentina succeeded in having their idea on flexibility in implementation and the African group got their concerns addressed on issues of low volume-consuming countries. The US, EU, Canada, and Switzerland were able to convince all the other parties to move forward. Lastly, the co-convenors were victorious in getting a concrete outcome from the contact group.