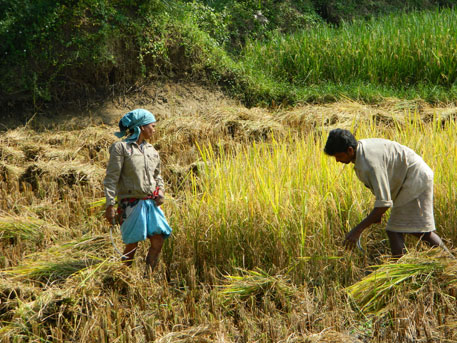 Even as the Reserve Bank of India has taken a tough stand on the farm loan waiver promises by Andhra Pradesh and Telangana governments, the Andhra Pradesh government on July 21 decided to waive off loans given to farmers, women self-help groups (SHGs) and weavers to the tune of Rs 43,000 crore. Loan waiver was a major election promise of the ruling Telugu Desam Party.

The decision was announced in press meet held by chief minister N Chandrababu Naidu after a four hour-long Cabinet meeting. The government has fixed a ceiling of Rs 1.5 lakh per family for the loan waiver scheme. With this, loans to 96.27 per cent of over eight million borrowers will be completely waived. The remaining 3.73 per cent will also enjoy waiver up to this limit, Naidu said.

The recommendation of the committee headed by former NABARD chairperson, P Kotaiah, for working out the modalities on the loan waiver was to fix a cap of Rs I lakh per family. This would have covered 87 per cent of the borrowers. "The government decided to enhance the cap to benefit more farmers," said Naidu. The ceiling enhancement has put an additional burden of Rs 8,000 crore on the government exchequer.

The government took this decision even when the state is reeling under severe financial crisis, having no sufficient funds even for the regular programmes with a budget deficit of Rs 16,000 crore. "The decision was taken for rescuing debt-ridden farmers and revive the crisis-hit farm sector," said the chief minister. The government wants to create confidence in farmers, he added.

The loans that will be waived include Rs 30,000-35,000 crore of farm and gold loans, about Rs 7,500 crore taken by women SHGs and another Rs 400 crore towards waiver of loans taken by weavers and other artisans.

The Reserve Bank of India is not favourably disposed towards the scheme and had sought information regarding the state's funding plans before considering their immediate request for restructuring debt. RBI has not responded favourably to the request of Andhra Pradesh government for a seven-year restructuring. Instead RBI has indicated its willingness for a period of only three years.

Telangana has already taken a decision to waive farm loans. This will put a burden of around Rs 30,000 crore on the state exchequer.