State was allocated Rs 4,324 crore for IAY last year; the amount has been slashed to Rs 1,962 crore this year 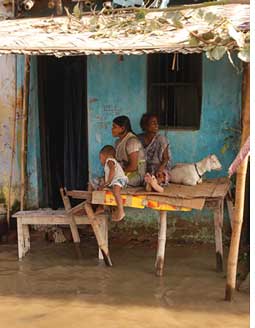 Mishra in his letter said that Bihar is one of the most backward states of the country and has a large homeless population to take care of.

"Majority of below poverty line families live in temporary shelter or mud houses. In such a scenario slashing of IAY funds would be an anti-poor decision," Mishra said in his letter.

Nearly 40 per cent population in the state lives in flood-prone areas. The annual floods not only destroy mud houses, but also renders a vast section of population homeless from July to September.

For these families, IAY is the lone hope to protect themselves from the disaster of floods and incessant rains, said the minister. Recently, the state had clubbed IAY with sanitation scheme. Beneficiaries of IAY were given a dole of around Rs10,000 for construction of toilets in their house.

Bihar had also incorporated recommendation of Registrar General of India that directed all states to include families living in mud thatched houses in the census of housing shortage.

Bihar had last month protested against slashing of funds for MNREGS.