In a first-of-its-kind case, a biodiversity committee in Madhya Pradesh asks for royalty on coal 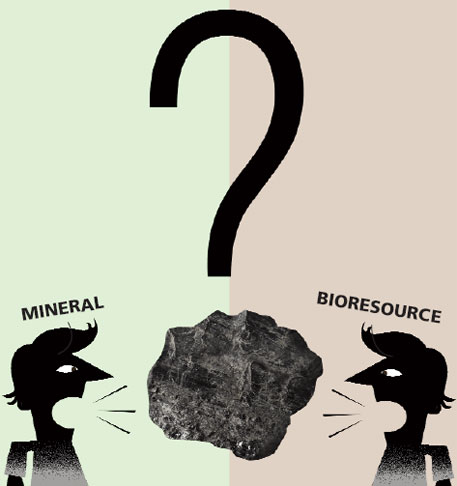 THE National Green Tribunal (NGT) has issued notices to the Union environment ministry, Coal India Limited and its subsidiary after a biodiversity management committee (BMC) in Madhya Pradesh knocked on its door demanding two per cent royalty from the subsidiary. The panchayat of Iklehra in Chinndwara district, which is also the village BMC, made the demand citing provisions of access and benefit-sharing under the Biological Diversity Act (BDA).

BMCs are bodies formed at the panchayat, mandal or municipality level under BDA. As per BDA, a BMC has the power to levy charges by way of collecting fees from any person accessing or collecting a biological resource for commercial use from areas within its jurisdiction.

In May this year, the Iklehra panchayat filed a petition in the Bhopal Bench of NGT, saying that since coal is a bioresource, Western Coal Fields should share a part of its revenue. In 2012-13, Western Coal Fields earned Rs 1,470 crore revenue and in the previous year Rs 1,230 crore, informs Baijnath Chaurasia, sarpanch of Ikhlera and chairperson of the BMC.

The petitioner argued that under section 2(C) of BDA, biological resources are defined as plants, animals and microorganisms, and since coal is formed from plants naturally, it is a bioresource. Under BDA, commercial utilisation of bioresources includes drugs, industrial enzymes, food flavours, fragrance, cosmetic, emulsifiers, oleroresins, colours, extracts and genes used for improving crops and livestock through genetic intervention. It does not include conventional breeding or traditional practices in agriculture, poultry, dairy farming, animal husbandry or bee keeping.

In its petition, the BMC alleged that even after almost 10 years of inception of the National Biodiversity Authority (NBA) and seven years of constitution of the Madhya Pradesh State Biodiversity Board (MPSBB), neither of them has consulted with BMCs for approval of commercial utilisation of bioresources nor has started sharing of the benefits. Worse, NBA has not yet fixed the percentage of benefit sharing, resulting in the violation of BDA and causing frustration among BMCs. The coal companies do not even take permission from BMCs before mining which is mandatory, they allege.

In April, MPSBB issued notices to coal companies for not sharing revenue, but companies refused saying coal is a mineral (see ‘Coal mineral or bioresource?’, Down To Earth, April 15, 2013). As per MPSBB, coal is a bioresource.

Following the May petition, NGT issued notices to Western Coalfields Limited; Coal India Limited; NBA; the Union Ministry of Environment and Forests (MoEF) and MPSBB to seek clarification on whether coal is a bioresource or a mineral. They have to respond on July 9, the day of next court hearing. MPSBB member secretary Ram Gopal Soni confirmed receiving the NGT notice but refused to comment.

MoEF officials say it was the duty of NBA to categorise which materials are bioresources but it had failed to do so.

The debate whether coal is a mineral or bioresource has left many annoyed in MoEF and NBA. “The debate has ruffled several ministries. While the coal ministry has termed coal a mineral, MoEF and NBA are yet to decide. Their decision is going to be critical as it can lead to a new controversy,” says an NBA official who does not wish to be named.

The ball is now in NBA and MoEF’s court. Their stand will make it clear whether coal in India is a mineral or bioresource.