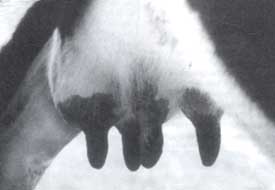 CALCIUM is one of the most important nutrients in our body. There is hardly any organ which is not influenced by it. Calcium has always been considered vital for the formation and maintenance of strong bones and teeth. Now, studies in the US suggest that calcium can play an important role in controlling blood pressure and easing pre-menstrual syndrome (PMS). Moreover, unused dietary calcium may also help to prevent colon cancer.

The focus on calcium comes at a time when Americans are suffering from a deficiency of minerals and vitamin D, which enable the body to absorb and use calcium. But the biggest concern comes from children susceptible to osteoporosis, a brittle bone disease caused by lack of calcium.

A number of studies which support the above contentions. A New York-based research group described 50 per cent reduction in PMS symptoms among women who took daily calcium supplements. Another study by Argentinean researchers revealed that pregnant women on calcium supplements had children whose blood pressure remained lower than average at least during the first seven years of their life. This would lower their risk of developing hypertension during later years.

In an another study, researchers from the University of Southern California, Los Angeles, USA, stated that adding calcium to the diet lowered blood pressure in 116 teenagers who normally consumed little of the mineral. All these studies are based on the well- established facts about the complex role which the calcium plays in the body.

Hector DeLuca, a biochemist at the University of Wisconsin, USA, says that according to the prevelant theories, all life originated in the sea in a bath containing calcium. Therefore, humans developed a system that depended calcium. Once animals emerged from the sea, leaving behind a steady supply of calcium, the body had to evolve a system for keeping calcium "at sea level", in the blood. This resulted in the evolution of a calcium storage tank, the bones. They help in replenishing the body's calcium from outside sources, the diet, for instance, when the blood levels of this essential mineral drop too low. And if the body does not receive enough dietary calcium to maintain the needed blood level, parathyroid hormone come to the rescue. It releases the calcium from the bones to restore normal blood levels. But if the diet is chronically deficient in calcium or vitamin D, the bones gradually get weak.

Imbalances of calcium or chronic deficiency is largely responsible for the disruptive symptoms of PMS suffered by as many as 40 per cent of the women, says Susan Thys-Jacob, endocrinologist at the St Luke'sRoosevelt Hospital Centre in New York, USA. In fact, PMS may be an indicator of osteoporosis, a warning that a woman is not getting enough calcium. A condition that induces infection of bones with abscess formation in the marrow. This eventually cuts off blood supply to the bone, weakening it. Thy-Jacobs study is based on a study conducted on 500 women, to test the ability of calcium to relieve their discomfort. The women were randomly given either 1,200 milligrams of calcium daily. By the third menstrual cycle, the overall severity of symptom was reduced by 48 per cent in the calcium group, compared with 30 per cent in the placebo group. More importantly, women who took calcium had a 54 per cent reduction in aches and pains. The placebo group, on the other hand, had a 15 per cent increase in the pain symptoms.

A study done by Peter Holt of St Luke-Roosevelt Hospital, says that calcium-rich food worked as well or better than previously thought. When consumption of low-fat, calcium-rich dairy products was doubled to 1,200 milligrams daily amongst the participants of the study, cell growth in the colon became normal. Martin Lipkin of the Strang Cancer Research Laboratory at the Rockfeller University, New York, USA, argues that animal research indicated that increasing calcium levels to protect the epithelial cells that line tissues throughout the body might also help prevent cancer in such organs as the breast, prostrate and pancreas.