For the first time, on May 20, 2015, protons collided in the Large Hadron Collider (LHC) at the record-breaking energy of 13 tera-electron volts or TeV (one TeV=1.6 x 10-7 Joules).  The test collisions were to set up systems that protect the machine and detectors from particles that stray from the edges of the beam while performing the experiment.

At CERN, the European Organization for Nuclear Research, physicists and engineers are conducting experiments to find out what the universe is made of and how it started. The experiments use world's largest and most complex scientific instruments to study the basic constituents of matter – the fundamental particles. The laboratory that was founded in 1954 lies astride the Franco-Swiss border near Geneva.

While this is a process that will help teams to conduct their experiments fully, data taking and the start of the LHC's second run is planned for early June.

The Large Hadron Collider (LHC) is the world’s largest and most powerful particle accelerator. It first started up on September 10, 2008 and was operational till 2013 when it was shut down for a two-year maintenance activity. It’s second phase has recently started. The accelerator consists of a 27-kilometre ring of superconducting magnets with a number of accelerating structures to boost the energy of the particles along the way. Inside the accelerator, two high-energy particle beams travel at close to the speed of light before they are made to collide.

All the controls for the accelerator, its services and technical infrastructure are housed under one roof at the CERN Control Centre. From here, the beams inside the LHC are made to collide at four locations around the accelerator ring, corresponding to the positions of four particle detectors –ATLAS, CMS, ALICE and LHCb. 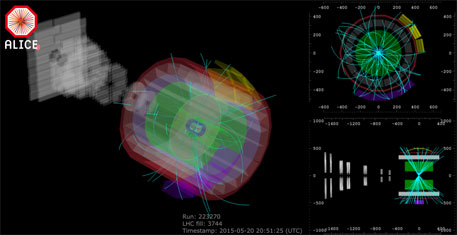 “Today, our understanding of matter goes much deeper than the nucleus, and CERN's main area of research is particle physics – the study of the fundamental constituents of matter and the forces acting between them,” says CERN in its website. Earlier, CERN had provided some important insights regarding long-sought Higgs Boson which is populary known as God particle. The particle is believed to help all matter in the universe acquire mass. 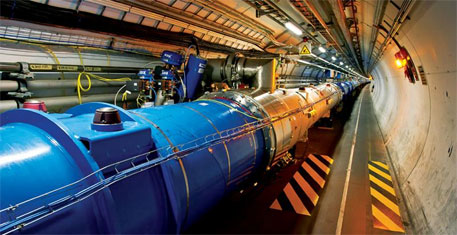