Capital Santiago to close 900 industries and keep 40 per cent cars off roads to reduce PM2.5 levels 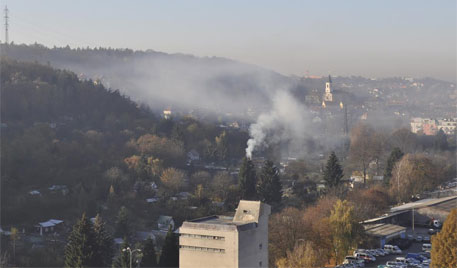 Chile on Monday announced environmental emergency in capital Santiago after the city registered alarmingly high levels of air pollution. The environment ministry, in a statement, said emergency measures will include temporary closure of more than 900 polluting industries and attempts to keep about 40 per cent of the capital’s 1.7 million cars off the roads. This is the first emergency call since 1999, according to media reports.

“We’re currently facing unusual conditions, with one of the driest Junes in over 40 years and really bad air circulation conditions in the Santiago valley in recent days, which has boosted the concentration of pollutants,” the ministry said in the statement.

The restrictions are expected to be in place for 24 hours and can be extended if there is no improvement in conditions. According to the ministry’s statement, the declaration was necessitated by the alarming levels of small particulate matter PM2.5 that cause lung irritation, coughing, sneezing, runny nose and shortness of breath. Prolonged exposure to high PM2.5 can lead to chronic bronchitis and reduced lung function in addition to an increased risk of heart disease.

“We call for people to respect the measures in order to help reduce the pollution of Santiago,” the country's environment ministry said.