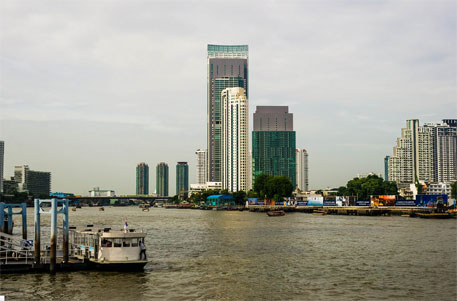 In responding to growing concerns over climate change in coastal areas, it is as important to deal with urgent human needs as it is to deal with climate-related threats, according to a group of international scientists.

In a paper published in the Nature Climate Change journal, a team of 27 scientists from five continents, led by  Sally Brown from the University of Southampton, reviewed IPCC reports of the past 24 years and found a steady shift in focus from impacts towards adaptation.

According to the team, recent IPCC reports (AR4 and AR5) have focused on the strategies of dealing with climate change within a broader context of environmental issues and human development needs.  The most recent Fifth Assessment Report of the IPCC (AR5) places a greater emphasis on drivers of change such as population growth, economic development, difference in sediment supply and subsidence rates.  The team adds that the complex combination of these drivers together with stakeholder engagement would require a very integrated and systemic approach.

Bangkok: case in point
As an example, the case of groundwater extraction in Bangkok, Thailand, is discussed. A growing population and economy has resulted in increased demand for water.  Situated in a delta region, this water demand in Bangkok has been met by extracting  groundwater, which has resulted in several metres of subsidence in just a few decades, increasing the risk of floods in this densely populated capital city.

Further, the study notes that large-scale groundwater mining has global implications such as increase in global sea-level rise (albeit at a slow rate). Despite this insight, other coastal cities such as Jakarta are repeating the mistake.  “Herein lies a paradox: economic and population growth can increase risk, but economic growth and prosperity promotes adaptive capacity,” says Brown and team in the commentary.

The report goes on to discuss a way forward where it recommends a “multi-disciplinary systems approach to planning and sustainability practice” to increase the resilience of coastal zone adaptation.  The emerging IPCC perspective also reflects this growing focus on integrated approaches to reducing risk that rely on flexible adaptation options and management.  The authors go on to conclude that coastal managers now need to further shift their focus towards “planning and implementation, with an emphasis placed on resilience, cost-effectiveness and working with nature”.

The overall message from the report thus seemed to be that sustainable development and climate change adaptation should be undertaken within a broad context of the local socio-economic conditions, while also taking into account the human needs – which are often more urgent than climate change threats.