Do PPP ventures come under RTI Act? Planning Commission says not its call 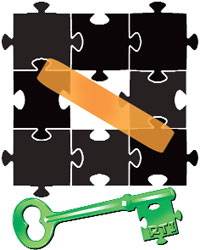 THE Planning Commission of India has disowned any responsibility for bringing companies involved in public-private partnership (PPP) projects under the Right to Information (RTI) Act. The Commission said individual ministries which have tied up with private companies are responsible for these projects. There were several RTI applications filed seeking information on PPPs but the RTI Act is not clear itself if the company involved in such projects fall in its ambit. In an attempt to clear the confusion, Chief Information Commissioner Satyananda Mishra had written to the Planning Commission on January 4 asking to make it mandatory for a private company under PPP to agree to share information under the RTI Act.

Planning Commission deputy chairperson Montek Singh Ahluwalia wrote back to Mishra on March 14 stating that the Planning Commission’s responsibility is just to appraise project proposals for PPP. Since the projects are executed by different ministries, they are responsible for disclosing the documents. “Wherever an MCA (Model Concession Agreement for PPP projects) is followed, any person can obtain certified copies of these documents from respective concessionaires,” Singh’s letter says.

With this, a report by KPMG, an international business consultancy firm, shows possible leakages in expenditure could be around US $1 trillion. Talking to Down To Earth, Gajendra Haldea, adviser to the deputy chairperson, Planning Commission, says, the powers of the information commission are laid down in the RTI Act and it is for the commission to exercise these powers for adjudicating in their best judgement to settle disputes of any nature. “We have heard and given orders (to disclose information as sought under the RTI Act) to over 100 private companies that entered into a PPP with the government and declared them public authorities. But many have got stay orders from high courts,” Mishra says.

A number of decisions of CIC, including the ones against Delhi electricity distribution companies and stock exchanges, are currently under stay by various high courts. “Since addressing individual cases is a cumbersome process and it delays assertion of the legal right of a citizen, we wanted more clarity on RTI Act compliance,” Mishra adds.

The problem lies in the way the RTI Act deals with joint ventures. For instance, Section 2(h) of the Act specifies that any non-profit, substantially financed by the government, can be classified as a public authority and hence brought under the purview of the RTI Act. But it does not define “substantially financed”. CIC says a private company should be deemed substantially financed when it receives a loan or grant of at least `25 lakh or 75 per cent of the total expenditure of the company. But most companies disagree with its definition.

“If the courts lay down some norms on substantial financing, most of these RTI cases will be settled,” Mishra says. Section 2(f) of the Act gives a public authority or ministry, which forms partnership with a private company, the power to access information from the company and share it with the public. An RTI applicant can thus obtain the required information about the company from the public authority or ministry.

Despite these provisions, there are increasing number of cases against companies that refuse to disclose information under the RTI Act, says Pankaj Shreyaskar, deputy secretary of CIC. The government should declare ventures under PPPs as public authorities so that they become accountable, Shreyaskar adds.