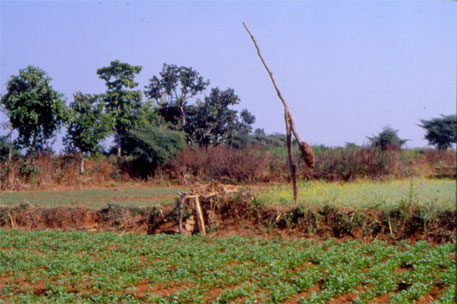 The workshops focused on two vital aspects. The first is the development of early warning systems and contingency plans to tackle extreme weather events such as droughts, floods, landslides and storms.

The second is the assessment of risk and vulnerability of agricultural systems to different climate change scenarios at regional, national and local levels, including but not solely limited to pests and diseases.

Participants talked about vulnerability assessment and explored potential areas for synergy among various processes under the UNFCCC to fight extreme weather events.

An introductory presentation by the World Food Programme (WFP) highlighted the fact that one in every three employed people across the world today is engaged in the agriculture sector.

Early warning systems need global, regional and local collaboration to succeed. According to the presentation, it is critical to understand and address the hazards of extreme weather events and how they affect men and women differently when it comes to livelihood.

A number of countries highlighted the progress made by them with regard to early warning systems. Ireland has been successfully using satellite imagery to project droughts and prevent fodder crisis for some time now. Canada has a drought watch website connected to over 2,000 weather stations. The Philippines has launched climate field schools for capacity building among farmers. Russia has extensive insurance coverage to protect farmers from crop losses.

Colombia has been working on a pilot programme based on seasonal agro climatic approaches. Besides, it is also working towards preparing a contingency plan for El Niño. The Australian Bureau of Meteorology relies on high resolution weather prediction and detailed forecasts, particularly on heat waves, which are important for agriculture.

The United Kingdom elaborated on its climate change risk assessment published in 2012 that identified about 700 risks. Based on it, the country has published its national adaptation plan which includes a specific chapter on agriculture.

India highlighted its work under the National Mission for Sustainable Agriculture. It also spoke about the National Initiative on Climate Resilient Agriculture and the recently-launched National Adaptation Fund.

The workshop concluded with the countries indentifying a number of areas where they need SBSTA support. These include identification and quantification of risks in agricultural systems and provision of information on the implementation of early warning systems.

The countries also need financial and technological capacity support to set up and manage information technology and tools on early warning. They also need assistance on adopting climate models.