CSE to host side event at Montreal Protocol meet 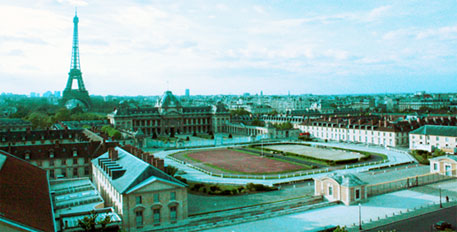 The 26th meeting of parties (MOP) to the Montreal Protocol on Substances that deplete the Ozone Layer gets under way in Paris on Monday. Delhi non-profit Centre for Science and Environment (CSE) is hosting a side event on Tuesday to push for use of climate friendly gases.

The AR5 (assessment report 5) of the Intergovernmental Panel on Climate Change (IPCC) report states that in 2010 buildings accounted for 32 per cent of total global final energy use, 19 per cent of GHG emissions and about one-eighth of  fluorinated gases or F-gases. Most of the energy use in the buildings is due to its heating and cooling needs.

In a country like India, this vastly affects the power consumption. A Maharashtra Electricity Regulatory Commission (MERC) study identified power demand from ACs at 40 per cent of the total demand for the city of Mumbai in a peak summer month. A Bureau of Energy Efficiency (BEE) study estimates that 60 per cent of peak demand is for ACs in dozens of Indian cities.

The gas widely used in the refrigeration and air-conditioning sector (RAC) are hydro-fluorocarbons (HFCs)—a super-greenhouse gas 1,000 times more powerful at trapping heat. Due to unrestrained use of these super greenhouse gases in the RAC sector, globally, unabated emissions from the refrigeration, air conditioning and foam sectors are expected to grow from current emissions of about 4 billion CO2eq to 12 billion CO2eq by 2030.

Apart from the direct climate benefits from HFC mitigation, a robust mechanism will generate climate benefits from an increase in energy efficiency. The “direct” emissions related to loss of refrigerant from the system through leakage during maintenance or during end of life decommissioning and the “indirect” energy-related emissions from electricity (or other fossil fuel used) to run the system. Studies have shown that the indirect emissions from RAC sector are about 80 per cent whereas the direct emissions are only 20 per cent. Given the importance of the energy-related emissions it is vital not to sacrifice efficiency to achieve a small reduction in direct emissions.

The usage of air conditioners and refrigerators is projected to increase drastically and a mitigation strategy that addresses only the direct source of emissions arising from the use of gases would abysmally fall short of being an effective climate-mitigation solution.

Efficiency improvements for the large number of refrigeration and air conditioning applications with their even greater power demands would also yield significant energy savings, further reducing domestic demand for power generation and delivery. All of this is possible through the phase-out of old technologies and the accelerated deployment of alternative technologies as well as energy efficient and low-GWP technologies.

The question is what kind of regime under the Montreal Protocol would enable this transition to energy efficient appliances using climate friendly gases.

International standards in refrigeration and air-conditioning: an introduction to their role in the context of the HCFC phase-out in developing countries