A total of 13 packets were tested and it was found that 10 contained lead more than the prescribed limit of 2.5 parts per million 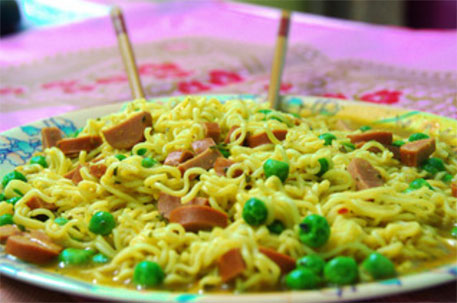 The Maggi controversy refuses to die down with the Delhi government banning its sales in the capital’s stores after finding that lead content in the instant noodles far exceeds the permissible limit.

Earlier, the Food Safety and Drug Administration (FDA) of the Uttar Pradesh government had filed a case against food major Nestle after excess amount of lead (17 ppm) was found in Maggi packets at a retail store in Barabanki.

A total of 13 Maggi packets were tested and it was found that 10 packets had lead content more than the prescribed limit of 2.5 parts per million (ppm).

Based on the test results, the Delhi government has declared the product unsafe for human consumption. Apart from lead, monosodium glutamate (MSG), commonly known as Ajinomoto, was also found in the samples sent for tests with no appropriate labels.

The Food Safety and Standards (Food Products Standards and Food Additives) Regulation, 2011 provides a list of food products that should not contain flavour enhancers like MSG.

Though the chemical is not allowed in dry noodles, pastas and seasonings, including salt substitutes, it is allowed to be mixed in seasonings for noodles and pastas, according to the Act.

This shows that there might be a loophole in the regulation which needs to be plugged soon.

However, Nestle India claimed on June 1 that there was no lead content in Maggi noodles beyond the permissible limit which they tested recently in response to safety concerns. The company also said that the product was safe for consumption.

But Nestle India has remained tightlipped about MSG found in Maggi since their last update on May 29.

Not a healthy snack
Maggi is an instant snack targeted towards children and the youth. This is not for the first time that nutritional concerns have been raised about the product. It has a history of complaints regarding its nutrition content because just like any other processed food, it has high salt and poor nutrient content.

The Delhi-based non-profit, Centre for Science and Environment’s 2012 study on Maggi noodles, found 4.2 gram of salt per 100 gram of Maggi noodles with one packet containing 3 gram.

The study showed that consumption of a Maggi packet in a day is half the recommended daily salt intake of a person’s diet. During the study, Top Ramen Super Noodles (Masala) was also found to have 3.2 gram of salt per 100 gram. Consumption of foods high in salt content is associated with hypertension and cardiovascular diseases.

There are several facts about ingredients and nutritional information of products that Indian consumers are unaware of due to the lack of appropriate nutrition-fact labelling.

Consumers have the right to know what is there in a particular food product and it should be clearly mentioned on the packet with the quantity of each ingredient, reflecting the recommended daily allowance (RDA). Such appropriate nutrition fact labeling is globally known to facilitate dietary choices among consumers.

But till date, India has no such labelling regulations to address the same. Even today a 70 gram pack of Maggi noodles does not provide information about the amount of salt content in each packet. Additionally, the nutrition information about fat does not reflect the recommended daily intake from per serving of the product. The label only mentions the percentage of protein and calcium with respect to RDA.

“The reports of excess of lead and MSG in Maggi are a matter of concern. The onus of safe-end product lies with those who bring it in the market. Besides, the food safety issue is much more than lead and MSG. Instant noodles are popular with school children and its consumption should be restricted among them,” says Amit Khurana, Programme Manager at Food Safety and Toxins, CSE.

Unregulated advertising of junk food targeted at children also plays a crucial role in determining their food preferences. Children often fall victim to such advertisements as they are not mature enough to judge critically. Mandatory control over such advertisements is needed, Khurana adds.

Till date, there is no government-backed regulation to control celebrity-endorsed advertisements in our country. This could be achieved by not broadcasting such advertisements at places where children are the targeted audience such as cartoon and sports channels.

Regulations on food additives and colours also need to be tightened. The issue of food safety needs a multi-dimensional approach and along with the government, the industry also needs to take up the responsibility for ensuring the safety of their products.

Order of the High Court of Delhi ban on junk food and carbonated drinks in schools, 25/02/2015

In the High Court of Delhi in the matter of Uday Foundation for Congenital Defects and Rare Blood Groups Vs Union of India & Others dated 18/02/2015 regarding submission on draft guidelines to ban junk food in Delhi schools, 18/02/2015