The novel coronavirus disease (COVID-19) pandemic has bruised several sectors of the Indian economy, but the micro, small and medium enterprises (MSMEs) has been particularly badly hit. Calling for a revival, the World Trade Organization (WTO) in an information note on June 3, 2020, pushed for long-term measures to increase the resilience of MSMEs.

The suggested measures, however, have attracted flak from industry experts, with some saying that the new recommendations were simply a repackaging of what the body has been pushing for several years.

The trade body suggested focusing on digitalisation, saying it can help MSMEs overcome damaged supply chains by tapping into a wider range of international buyers and alternate suppliers. Export participation rates for traditional MSMEs range between 2 and 28 per cent in most countries, it said.

It also emphasised on need for transparency; it said access to information was critical for MSMEs. It also stressed on trade facilitation, trade finance and government procurement, e-commerce etc as measures to improve resilience of the sector.

The world trade body is pushing for developed country agenda of liberalisation of the sector in the name of benefitting MSMEs, according to experts.

Senior researcher with Third World Network (TWN) Ranja Sengupta said that the WTO is aiming to “hijack the narrative of benefitting MSMEs to push a developed country agenda when the sector is going through the worst crisis”.

“India has been opposing proposals at the WTO to liberalise e-commerce, investments, domestic regulation in services — all in the name of MSMEs. Domestic procurement will benefit local MSMEs the most. Why does the WTO want to liberalise it?” she said.

She added that India was apprehensive that liberalising e-commerce, another recommendations to the benefit of MSMEs, will ensure control for digital corporations and challenge MSME’s independent existence.

The world trade body claims that MSMEs represent 95 per cent of all companies worldwide and account for 60 per cent of employment. The sector contributes around 35 per cent of GDP in developing countries and around 50 per cent in developed countries, it stated.

However, the COVID-19 pandemic has hit the sector hard. MSMEs are over represented in economic sector, and which has been badly affected because of social distancing measures and low resilience.

There are few surveys around the world that highlight the MSME crisis across the globe. Here is a glimpse by the WTO.

Another survey revealed that 50 per cent MSMEs in the United States have already shut down or laid off employees; 27 per cent stated that they will be obliged to take such measures in the next few weeks if the situation does not improve, according to the note.

Though no such survey has been conducted in India on the state of MSME crisis, policy makers have their eyes on the sector.

The WTO note added that 44 countries introduced urgent stimulus and backstop measures for MSMEs by April 2020. 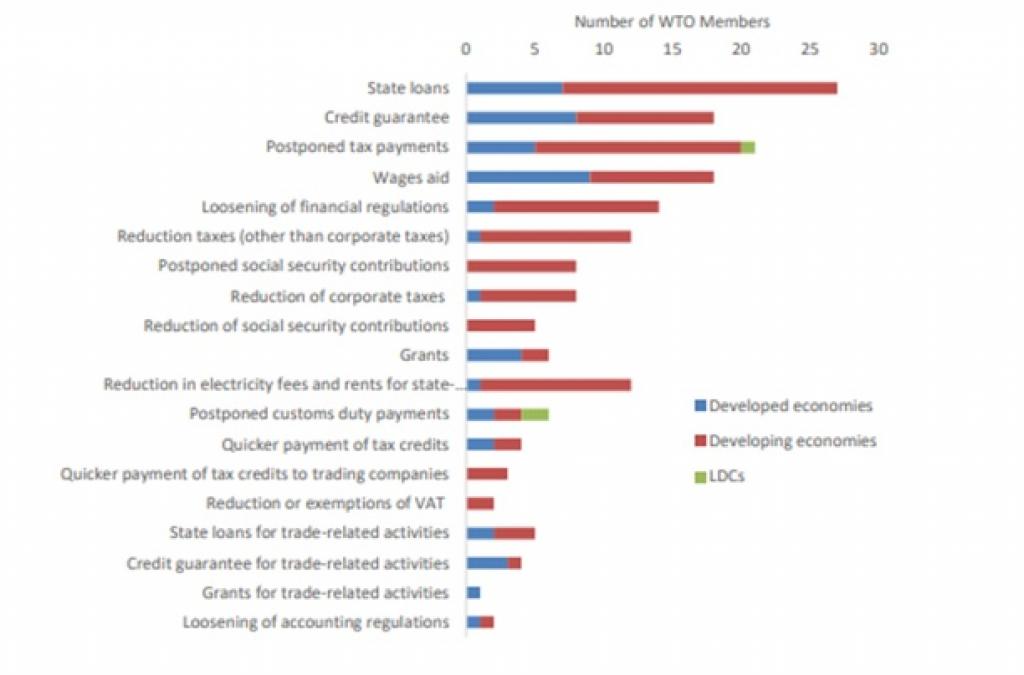