Extensive loss of beans, potatoes and maize are expected in parts of Kenya 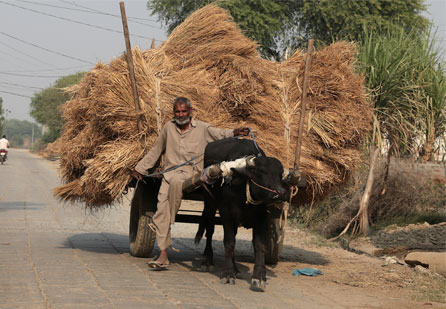 There is bad news for farmers in Africa and East Asia as they are expected to suffer extensive crop losses. El Niño is expected to bring about extreme weather conditions, giving rise to altered rainfall patterns, scientists said during a conference on climate change in Bonn recently.

The rainy season has been delayed in several African countries and it is difficult to predict exactly how extensive the crop loss will be, Sonja Vermeulen, a University of Copenhagen scientist, was quoted by media reports as saying.

According to a Down To Earth report, Africa will face increased risks from global climate change. These include heat waves, rise in sea levels, floods and droughts, leading to crop failures, water shortage and diseases.

“Peanut farmers in Gambia, for example, have already been hit this year,” Vermeulen was quoted by Thomson Reuters Foundation as saying.

Extensive loss of beans, potatoes and maize are expected in parts of Kenya, according to James Kinyangi, senior adviser to research group Climate Change, Agriculture and Food Security (CCAFS).

El Niño is creating the “perfect conditions” for an outbreak of rust and other plant diseases in wheat-growing areas of East Africa, he said.

Rise in temperatures is expected to reduce Africa’s maize and bean production by up to 40 per cent by 2050, according to CCAFS scientists.

Down To Earth had reported that a severe drought in the maize belt of South Africa may lead to possible food shortages in the southern African region over the next few months. The maize belt of South Africa has witnessed crop failure rates of over 50 per cent due to lack of rainfall, the World Food Programme (WFP), the food assistance branch of the United Nations, said.

Parts of China, Indonesia and India are also expected to be hit by El Niño this year, Oscar Rojas, a senior official at the Food and Agriculture Organization (FAO), was quoted by Thomson Reuters Foundation as saying.

“We are monitoring for extreme droughts,” Rojas said, adding that it is not yet possible to estimate potential crop losses.

India will witness a deficient monsoon this year, according to the latest forecast released on Tuesday by India Meteorological Department (IMD).

“Southwest monsoon will arrive late in Kerala. This, along with forecasted weather conditions in the Arabian Sea, may delay monsoon’s arrival in Maharashtra. It can put pressure on the sowing of kharif crops in agrarian states. Less than normal rainfall in India due to El Nino will make farming challenging this year,” Akshay Deoras, an independent weather forecaster, said.

What is El Niño?

El Niño is a local warming of surface waters of the Pacific Ocean which alters global weather patterns. The last El Niño took place in 2009-2010, and it usually lasts about a year. In an El Niño year, trade winds reverse direction or weaken and rain clouds shift eastward. Thus, Asia is left dry.

El Niño is expected to appear more often as the Earth heats up, increasing crop losses in the future, Rojas added.

The Bonn climate conference will be followed by the Paris meeting in December, which is aimed at reaching a new consensus on ways to fight global warming.

Question raised in Rajya Sabha on impact of El Nino in various states, 07/05/2015