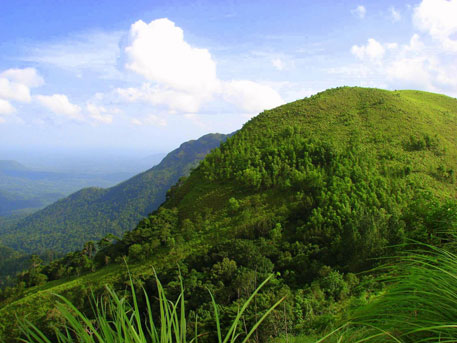 The Union Ministry of Environment and Forests (MoEF) has managed to evade the directives of the Central Information Commission (CIC) asking it to make the report of the Western Ghats Ecology Expert Panel (WGEEP)  public by May 10. Fearing public disclosure of the report, which calls for ban on mining and other commercial activities  in the ecologically sensitive regions of the Western Ghats, might affect the “commercial and scientific interests of the country”,  the ministry has got Delhi High Court to stay the CIC order.

WGEEP was constituted by the ministry in February 2010 to assess the status of the ecology of the Western Ghats and to recommend measures for conservation, protection and rejuvenation of the region. The panel, headed by environmentalist Madhav Gadgil, was also assigned the task of identifying the areas within the region which should be earmarked as ecologically sensitive zones to be preserved under the Environment Protection Act of 1986. The panel after wide consultations in the concerned six states— Gujarat, Maharashtra, Goa, Karnataka, Kerala and Tamil Nadu—submitted its report to the ministry in August 2011.

The members of the expert panel were told that the report will be released at a public function on September 21, 2011. However, two days before the event, the ministry decided not to release the report and asked the panel members not to divulge any information on the report to the public. It was conveyed to the members that the recommendations in the report had far reaching consequences on conservation and development of the Western Ghats region and centre-state relations. Therefore, wide -ranging consultations with the concerned states and Central ministries was required before the report is released.

A Right to Information application was filed by G Krishnan, a resident of Ernakulam in Kerala, with the MoEF, asking for the summary of the WGEEP report. The ministry refused it saying it was in the process of examining the report in consultation with the state governments of the Western Ghats region. It said the report was not final and a thus not ready for disclosure under the RTI Act. The applicant then approached CIC, complaining about the denial of information by the ministry. The ministry tried its best to convince CIC to grant it exemption from sharing the report with the public under the RTI Act. It argued that “scientific or economic interests of the states” would be prejudicially affected on disclosure of the information at this stage. Such information is protected under the RTI Act.

While the report has not yet been made public, Down To Earth has a copy of it. The panel, in its recommendations, has objected to most of the proposed mining and power projects in the region. On the basis of scientific criteria, the panel has divided the Western Ghats into three categories—Ecologically Sensitive Zones (ESZ) I, II and III—depending upon the eco-sensitivity of the area. It proposes that environmental clearance should not be given to any large-scale storage dams or mining projects in ESZ I and II. It has made recommendations on phasing out and regulating activities in ESZ III (See ‘Experts' panel red flags power, mining projects in Western Ghats’)

The ministry argued before the CIC that the methodology for demarcation of ecologically sensitive zones, proposed in the report, was required to be refined. “Disclosure of information at this stage would lead to various proposals as per the recommendations of the report, which had not been finally accepted. This would affect the economic interests of the state,” said the public information officer (PIO) of the ministry in his submission to the CIC. He submitted that MoEF intended to put the report in public domain once the policy was finalised after consultation with all the states concerned and the ministries.

CIC, however, did not buy this argument. “Implementation of proposals for demarcation of eco-sensitive zones, whether before or after finalisation of the WGEEP report, is an executive decision. Mere apprehension of proposals being put forth by citizens and civil society who are furthering the cause of environment protection cannot be said to prejudicially affect the scientific and economic interests of the country. Disclosing a report or information does not mean that the government has to follow it. It may perhaps have to explain the reasons to public for disagreeing with a report based on logic and coherent reasons,” said the CIC in its order dated April 9.

The Commission ordered the ministry to provide the summary of the WGEEP report to the applicant by May 5 and publish the full report on the website by May 10. “Citizens have a right to know about the WGEEP report, which has been prepared with public money, and has wide ramifications on the environment. Disclosure of the WGEEP report would enable citizens to debate in an informed manner and provide useful feedback to the government, which may be taken into account before finalising the same. It is claimed by the PIO that the policy is being formulated and hence the report cannot be disclosed. The law requires suo moto disclosure by the public authority “while” formulating important policies and not “after” formulating them,” said the CIC. It also directed the ministry to release the reports of all committees and panels within 30 days of their submission. “MoEF’s unwillingness to be transparent is likely to give citizens an impression that most decisions are taken in furtherance of corruption resulting in a serious trust deficit,” said the CIC order.

The ministry, however, challenged this order in the Delhi High Court saying it needs time. “We are not saying we would never disclose the report. We have suo moto disclosed all the functioning and deliberations made by the WGEEP on its website. Here we need some time as discussions are going on with the states and the ministries. We have told this to the court,” said an official in the ministry. The court stayed the CIC order on May 4 and has reserved its judgment till further hearing.

“The RTI Act was brought out to increase transparency, participation and accountability. It was lauded as one of the most innovative laws. Even with this Act in place it is unfortunate we are still contemplating to make the report public,” says Sanjay Gubbi, Bengaluru-based wildlife biologist. He adds, even though information that affects the nation's security, scientific or economic interests can be withheld under the law there is always a public interest override which allows people to access information. Saving this country's forests, wildlife, rivers are all in public interest. “I am sure some powerful economic interests that are against the conservation of this country's vivid biodiversity are acting behind this,” he says.